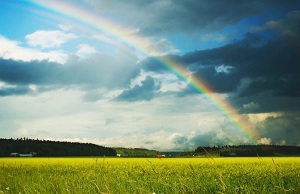 As time went on, the waters became muddied a bit by acknowledgment of bisexuality, termed as the ability to be attracted to and have sex with people of either male or female gender. Initially, in the popular imagination, bisexuals were seen as immature or confused: either closeted homosexuals or curious straight people. But eventually “we,” or mainstream society, got our head around bisexuality. “We” began to move toward accepting that it was a real sexual orientation, just like lesbian, gay, and straight.

Later still, we made a place for love in all of this. What is still called “sexual” orientation was acknowledged to be not only about sex, but about emotional attachment as well. Having a homosexual orientation, then, came to mean being sexually and emotionally attracted to those of the same sex or assigned/perceived gender. Although this awareness has come to light, the emotional aspect of non-heteronormative relationships are still commonly downplayed.

But then things became very confusing. In studying human immunodeficiency virus (HIV) transmission in black communities, men having sex with men“on the down low” came to light. These are men who identify as straight but secretly have sexual relationships with other men. When sexual encounters were unprotected ones, higher rates of HIV infection in black women were observed. Men who have sex with men (MSM) are not limited to African-American communities, of course. The commonness of MSM violates the core underlying assumption of our model of sexuality: that sexual orientation is defined by sexual behavior.

Since men perceived as straight having sex with other men is incongruent with heterosexuality, these men are commonly assumed to be gay, and either in denial or in the closet. They may also be perceived as having compartmentalized sex lives in order to deal with the dissonance of having same-sex relations while identifying as straight.

Once upon a time, sexual orientations—heterosexual, homosexual, and even bisexual—were categorical and mutually exclusive. Further, sexual attraction/desire, sexual behavior, and sexual identity were assumed to be congruent: same-gender sexual attraction/behavior presupposed a lesbian, gay, or bisexual identity, and other-gender sexual attraction/behavior assumed heterosexuality. But results of sexuality research over the last 20 years have turned “our” paradigm of sexuality on its head. What we’ve learned is that while these assumptions may be true for some perceived majority, they are not true for all.

The truth is that Alfred Kinsey was right: sexuality not only exists on a continuum, but some people can and do move on that continuum across the lifespan. Sexuality can be fluid, varying across time and situation. Sexual orientation appears to be comprised of many variables—not just sexual behavior. More modern revelations have shown gender to be a continuum and independent of biological sex or gender assigned at birth.

And the truth is, desire/behavior and orientation/identity do not always line up neatly. Some completely straight individuals have unexpectedly found themselves falling in love with and engaging in sexual behavior with those of the same gender. And some people secure in homosexual orientation have unexpectedly become partnered with those of the other gender. How could this happen? What does it mean?

Note that the research does not prove that sexuality is fluid, only that it can be. Studies have shown that sexual fluidity is not uncommon. It is found more frequently in women than men, though it clearly exists in both sexes. This does not necessarily mean that we all experience a degree of fluidity, nor that we are all really bisexual.

It does not mean that coming out as gay or lesbian is reversible or a phase. Nor does it imply that sexual orientations are a choice, or that non-heterosexual people can be guided to embrace heterosexuality. It simply means that while the majority of people experience a stable sexual orientation congruent with their sexual and romantic attractions or behavior, many of us do not.

When professionals work with clients of any sexual orientation, it is incumbent upon us to be up-to-date in our knowledge of sexuality. Rather than operating from outdated ideas, our work should be informed by current paradigms that assume that sexuality may be fluid, that desire/behavior and orientation/identity may not be congruent, and that conceptions of what constitutes “normal” sexuality have changed.