Coping with My Mother’s Reaction to Sibling Sexual Abuse

March 28, 2013 • By Share Your Story contribution by Dan Greenfern 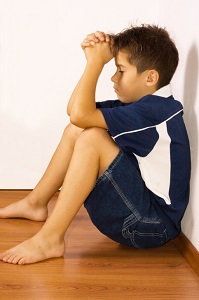 My family moved to England from the United States when I was very young. My first memories are British ones. I remember learning to tie my school tie, and being proud of the little sword and shield crest on my tiny blazer. When I was 7, we moved back to America.

Shortly after arriving back in the United States, my older brother began his sexual advances. I have never been able to find out what had happened to him before he began to repeat the behavior, or when and where it occurred, but I am sure he was abused at a point prior to moving back to America. The behaviors he adopted and the activities he was interested in experiencing were far too advanced for a boy of 10 years old to come up with on his own. I had tried to get these answers from time to time over the years, but my mother was far too delusional or ashamed to ever give any real information.

The first interval of sexual activity occurred over the first two years in the US, and escalated quickly until we were discovered. It wasn’t until about a year ago that I learned exactly how that happened. She must have stumbled on us during a “session” in his room, but didn’t react right away. My memory of this is mostly blocked out.

What I do remember happened later in the evening. She angrily grabbed my younger brother and me and shoved us into the van and drove like crazy to a park nearby. I assume she left my older brother at home out of shame, or merely because she didn’t know what to do. My father was out of the country for work, probably somewhere in Europe. It was in the winter time, that much I remember. The heater was cranked up to the max and we were in snowsuits. I wanted to get out of the van at the park, but she refused to let us out. We three sat there for hours in silence. I got more and more scared and confused. What had she been thinking?

Eventually, I worked up the courage to ask her if I was in trouble. She looked at me with wild black eyes and started to snap, then, as suddenly as she started yell, she stopped. I can’t recall hearing any actual words. I was petrified, and I didn’t even know why. I wanted out of that van immediately. My mind raced feverishly through ways to escape and protect my younger brother without arousing her anger. I came up dry, but luckily, she grew tired of the pointless sitting and drove us home without another word.

Lasting Aftershock
Two weeks went by with no mention of that night, and then my father returned home from his trip. Normally, we loved it when he came home; we typically got small presents, and we got to hear stories of the friends we had left behind in England. This was not to be such a day. I was summoned to the living room to sit on the couch next to my older brother and wait for mother to finish talking to father in their bedroom. They came in and sat across from us. I knew immediately that doom was imminent.

We were both then subjected to an intense and specific interrogation, so laced with shame and disgust that I had to bury my 9-year-old head in the couch cushions. I wept with total abandon. I have been trying to remember the specific details of this morning, but can’t seem to get there. A lot of my childhood has dark windows of redacted information — blank spots surrounded with shame and sorrow, but silhouetted by the clear details around them. I remember it ending at some point when I eventually stopped crying and sat up to see that I was alone in the living room. I ran to my room and hid under my bedclothes. Mother came to me later to tell me I was to stay away from my older brother and that he was clearly “sick” and something would have to be done with him. I look back now on that day and cry only for him. Whatever had happened to me could not have compared to what she had done to him.

Several decades later, I have drawn the conclusion that my mother suffered from borderline personality disorder. She is yet undiagnosed. I have become an apt student of everything related to those with borderline personality, and I try to share what I have learned where it is appropriate to do so. One of the defining characteristics she would manifest regularly was the projection of shame and revulsion regarding anything remotely sexual. I have pieced together a few loose theories on why this is, but not enough to really write about. As traumatic as the sexual abuse eventually became for me, it paled in comparison to what she did to both of us as a result of the discovery.

The “All-Good Child”
This event touched off a campaign of hers to emotionally destroy my older brother. He was painted black with an indelible ink that would never wash away. He was the “all-bad child” for the rest his childhood. I was elevated to the status of the all-good child. It was never that simple, and if we could have gotten together to figure it out, maybe we could have defeated her emotional polarization of our characters. But then again, we probably never stood a chance. A side effect of my mother’s “splitting” was that my brother started sneaking back into my room at nights to continue the sexual advances. This continued for two more years before I got strong enough to resist him and smart enough to keep a buck knife under my mattress. One night I put the blade to his face and made my unwillingness to participate clear. He never bothered me again.

When I turned 15, I met my first girlfriend. She was a visitor at my church, a guest of a single mother and her daughter. One Sunday after the church service had ended, my mother walked up to my girlfriend and me, grabbed us both by the shoulders, and pushed us roughly off to the side of the sanctuary and into an office cubicle. She brought in my girlfriend’s host mother and our pastor, and called her little meeting to order. She began by telling everyone there about my sexual abuse in graphic detail. I had never told a soul what had happened to me those years past, and she just trotted it out like a juicy rumor. When she had finished humiliating me, she moved on to my girlfriend, who had apparently been molested by one of her mother’s boyfriends a few years earlier. Until this point, my girlfriend knew nothing of my abuse, and I had known nothing of hers.

My mother’s apparent goal was to get it all out into the open as to prevent our involvement that she saw ending in debauchery, depravity, and most likely shameful pregnancy. My girlfriend broke up with me over the phone a week later. I couldn’t blame her. My mother in full witch mode was a soul-chilling experience.

Fear into Obedience
I spent the rest of my time before leaving for college trying to please my mother, mostly out of fear. It would take some time away and separation from her to be able to look back and think critically about the time before I realized the truth about her. She reacted to anything remotely sexual with hysteria every time. Even things that were barely risqué resulted in meltdowns for her. A movie with a sex scene (no matter how PG), led her to fits of anger and projected shame. I would do anything in my power each time to escape her presence or distract her with whatever I could. Her shame, unchecked, always seemed to focus on her poor son, or worse, on the older brother who would be forever painted black.

I became a master at reading her moods and deflecting or distracting her scrutiny. My style of survival clashed with that of my brother. Where I chose capitulation, he opted for open rebellion. My great regret from all of this conflict was ever siding with her to spare myself. I’ve since been told that doing this to survive was nothing I should feel ashamed of, but I’ll bet my older brother suffered greatly as a result. I haven’t ever been able to talk to my brother about any of this, but I hope that one day we might try.

I suspect that when our mother passes away, there might be a window of time where we can find a common fraternal safe haven to talk candidly about our horrid upbringing. This is probably wishful thinking, as he has presented a lot of the hallmark traits of a narcissistic personality disorder. I have kept my distance from him for the last few decades. My younger brother was mostly shielded from our mother’s emotional abuse, and I see him once every few months. Since I have suspected my mother’s borderline personality, I have shared a little here and there with him, but for the most part we don’t talk about our childhood. I can’t help but feel that this is building to a conclusion of some sort. Her instability has gotten much worse in the last few years, and her alcohol abuse worsens as well. My father’s enabling has allowed her to continue on unchecked in her madness, but she has turned on him as well.

Healing from Shame
Coming to terms with my childhood has only come about since I sought out a therapist. I actually found her using Goodtherapy.org’s therapist finder application. I have been working with her for almost a year now, and have made a lot of discoveries, both good and bad. I write a blog of my own to make sense of what I was forced to be and what I am trying to become, but this particular story doesn’t want to fit in there anywhere. It’s too rough, too raw, too painful. While I have banished my mother from my life, her ghost still comes to call from time to time.

I write this now as a cleansing ritual to scrub her influence from my mind and spirit. I have reclaimed my life. Memories of pain like these ones have no place in my future except as footnotes. I hope that in sharing this story I can share the hope that comes from deep within me — the hope that we can heal ourselves from anything we’ve had to endure. The transmutation of shame into healing is the greatest magic I have ever seen, and it brought me to tears to see it for the first time in my own life. My greatest wish is to find a way to show this magic to anyone else who has ever needed it.