Fanning the Spark: The Sexual Passion of Opposites 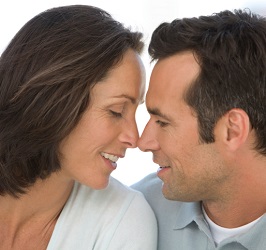 When I opened my psychotherapy practice in the late 1970s I saw myself as a feminist psychotherapist, putting the majority of my focus on women. I would have been disdainful of books like David Deida’s The Way of the Superior Man. Now I incorporate his often provocative approach into work that I do with straight, gay, and even lesbian couples!

The Way of the Superior Man is not just for men. It is written specifically for “people who have a more masculine sexual essence, and their lovers, who will have a more feminine sexual essence—since you always attract your sexual reciprocal.” At first glance it may seem a strange book to use in work with lesbians. Yes, they are two women—but every passionate couple, regardless of gender, includes two different energies: masculine and feminine. Which one are you? Deida asks, “Would you rather that your sexual partner was physically stronger than you, or would you prefer to feel your lover’s physical vulnerability? Which would turn you on more, to pin your partner on the bed below you or to be pinned below your partner?” You may want both at different times, but most of us will tend toward ‘pinner’ or ‘pinee’ more often.

I agree with Deida that about 90% of people seem to have a clear preference: “They definitely either prefer that their partner kills the cockroach crawling toward them, or they’re fine with doing the crunchy job themselves, perhaps with sporting fervor.” But what about the 10% (or so) left over that might scoop the offending insect up onto a piece of paper and deposit them safely outdoors? These folks, he suggests, have a more balanced essence, be they male or female, straight, gay, or bisexual.

Growing up in the 1960s, I embraced the hippie, Age of Aquarius lifestyle where I learned to be an assertive woman while enjoying the summer of love with its carefree and sensual lifestyle. The men around me wore bright colors and long hair, embracing their inner feminine. In terms of social roles, men and women became more similar—an improvement for all of us. Those reading this blog are probably in more balanced relationships than your parents were.

But a side effect of this trend toward gender balance, and even similarity, can be the reduction in desire that drives many couples to my office. What Deida calls 50/50 has resulted in social equality but also in sexual neutrality, and that causes big problems in the bedroom. “Sexual attraction,” Deida writes, “is based on sexual polarity, which is the force of passion that arcs between masculine and feminine poles.” (Remember, this doesn’t necessarily mean a masculine body and a feminine body.)

The North and South Poles of the Earth create a powerful force of magnetism. In the same way, he explains, the masculine and feminine poles between two people (regardless of gender) create the flow of sexual feeling, or passion. This dynamism often disappears in modern relationships. Deida says that “If you want real passion, you need a ravisher and a ravishee; otherwise, you just have two buddies who decide to rub genitals in bed.”

You don’t need these different poles for genuine companionable love, but you do need them for ongoing sexual passion. Couples who lament that desire has slipped away may still be close friends, but the juice of the sexual polarity fades, unless in moments of intimacy, one partner is willing to play the masculine pole and one partner is willing to play the feminine. As Deida says, “You have to animate the masculine and feminine differences if you want to play in the field of sexual passion.”