Zeroing In: How a Therapist Can Help Identify the Source of Sexual Disfunction 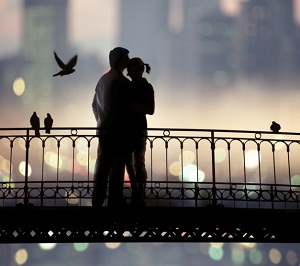 What does a sex therapist do? People often ask me what type of problems show up most often in my office. As most readers of my blog already know, I don’t like to put lots of focus on “disorders”. Most clients call because they are experiencing sex addiction in some form, or because they’re having difficulties with desire or lack of desire.

One caller said, ”My partner wants sex twice a week and I’m more interested in once per month.”  Are you figuring that the speaker is probably a woman?  Uh-uh. This person is male, 28 years old, healthy and in great shape, and married to a woman he loves for 4 years. He didn’t have problems getting and keeping erections, and had no other physiological problems, and claimed that he loves sex and had a “really active” sex life when he was single and dating “lots of gorgeous women.”  His wife is also extremely attractive and she claimed that she was unhappy with his “rejection” and that she was tired of having to always initiate to get her own sexual needs met. As you can imagine, it’s usually the other way around with heterosexual couples; men are usually looking for sex more often, so they initiate more often.

Since Joe had boasted about his earlier “notches on the bedpost”, I guessed early on that he was avoiding genuine intimacy with Maria, with whom he’s now “mating in domesticity.” Marriage has a way of bringing up a million opportunities to let our spouse see who we really are. For folks who are scared of closeness, matrimony can feel extremely threatening – conjugal anti-bliss!  Fortunately, both Joe and Maria were willing to continue with therapy and learn what they could do to repair and strengthen their marriage.

So how do I help a couple like this? First I zero in to understand exactly what is going on for each of them during the infrequent sexual encounters that they do have. Often I will ask them to describe, in detail, what transpired the last time they were sexual, beginning with which one initiated and HOW they did that. For example, I asked Joe when he knows it’s time to initiate and why he picks the particular day and time. What does he do first to signal that he’s interested and why does he choose the particular move?

As I listen to Joe describe the experience I’m also watching Maria, and gauging her response to his description. If we’re in my office I’m watching how connected they are, or if we’re working by phone I listen carefully for her reactions. My guess with Joe was that he was somewhat disconnected, nervous about closeness, and focused primarily on getting his sexual needs met. If he’s concentrating solely on the sensations in his genitals, he’s not going to be connecting with Maria.

And that’s just the beginning. Most of us don’t really share with our partners what turns us on and how we react to the challenges of being naked – both literally and figuratively- with each other. As I coach Joe and Maria to talk to each other, they are learning new communication skills and what brings them pleasure. This starts haltingly in my office, but most couples will continue the conversation in the car driving home, and later in bed.

Earlier trauma may play a role in what’s disturbing the relationship and when this is true I’ll work with the individual separately, or if they prefer, refer them to a colleague. Most couples have the ability to work through their problems, whether these are financial, family-related, or sexual. My job is to help them learn how to talk about their feelings and sometimes embarrassing experience of sexual intimacy.