Three Ways to Cope with a Parter’s Sex Addiction Relapse 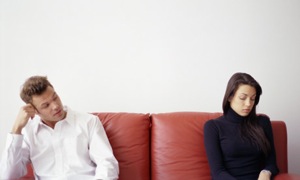 Do you know the difference between a relapse and a onetime occurrence of making a poor choice? In asking that question, let me first say that it is important to not excuse a slip up or any patterns of making healthy behavioral choices followed by re-engaging in old patterns, even one time. Yes, there can be times where the one struggling with sexual addiction has a prolonged period of sobriety, they let their boundary down briefly and then get back on track with honesty and help.  A relapse is more than one slip up. It is opening you back up to the addictive behaviors, choices and patterns that were so destructive in one’s life. Let’s take a look at three ways that an individual who suffers from sexual addiction can deal with relapse and then three ways their spouse can walk through this as well.

Relapse Steps for the One Struggling with Sexual Addiction:
1. Own it with no excuses: At this point, integrity and trust have been broken again. The wounds have been re-opened and most likely, there has been a pattern of dishonesty. If you make excuses, it is saying that there will always be a reason to relapse and to act out in an unhealthy way sexually or in addictive choices. By owning it and not making excuses, it can set up a scenario where communication can be real, true events and choices can be dealt with and one can start shedding the secrecy and shame that is trying to overtake them. There is freedom in being honest!

2. Figure out the trigger: This may be difficult for the one struggling with sexual addiction to do on their own so this might be better served to do with your counselor, therapist, support group or accountability partner. Very often, you can identify what was going on emotionally, relationally, physically, spiritually, etc. that brought back those old feelings of pain and being wounded. Was it being overwhelmed at work? Did boundaries get changed to open connections with unhealthy relationships? Was there a traumatic event? Were there a number of things that caused feelings of rejection or isolation? Again, this is not to excuse the behavior but to identify what triggered the feelings and then find healthy ways to deal with these situations and feelings going forward.

3. Re-engage your recovery plan: More often than not, part of the recovery plan and/or boundaries were dropped or loosened when relapse occurs. Now is the time to re-establish that plan, share it with your accountability team and step up your recovery through counseling and support groups. Isolation at this point is very dangerous and can lead to going deeper back into the addictive cycle. It was not the plan that failed; it was going away from the plan! It is much safer to be humble and work the recovery plan than to fight it and go back to a life of shame, pain and destructive choices.

Relapse Steps for the Spouse of One Struggling with Sexual Addiction:
1. Establish boundaries: Again, it is most important that you take care of YOURSELF! NO, this is NOT selfish, but rather being healthy. It will keep you from co-dependency types of choices and focus you on creating a safe environment for yourself. This is not the time to try to “fix” the one suffering the relapse or to lash out in anger, but to state clearly and directly, possibly in writing, what your boundaries are. This can be different for each situation and can include separate rooms, separate living situation, taking control of your own finances, protecting the computer in your home and whatever you need as healthy until you see whether the one struggling with sexual addiction is willing to get the help they need.

2. Acknowledge your feelings: There will be feelings hitting from all different angles, old wounds will be scrapped open and hurt will be felt in a new way. Don’t expect the one that has relapsed to be able to hear your hurt or feelings, this can lead to even more disconnect for both parties. Connect with your counselor, support group and trusted friends to share what you are experiencing and going through. Allow them to be honest with you, to hear you and be there for you. Now is the time for to surround yourself with a safe community to walk with you through this.

3. Focus on your plan: Again, this is NOT being selfish! You can only control yourself and you can either get caught up in the craziness of the situation, especially if the one that has relapsed is not willing to work on themselves, or you can use your energy for YOU! Do what you need to do to stay strong, healthy and healing physically, emotionally and spiritually. This may mean an extra appointment with your counselor, connecting more with those that support you and also just having time to rest, do things you enjoy and that bring you focus and clarity.

Relapse does not have to bring an end to one’s recovery or their relationships. It does, however, have to be taken extremely seriously and faced head-on. It cannot be excused away or belittled by either the one relapsing or their spouse; otherwise, it will not be given the attention that is needed to get back on the journey of recovery and healing. If you or someone you know finds themselves facing relapse, do everything you can to work these steps to decrease the length of the relapse and return to the choice of living free of shame, lies and destructive choices.