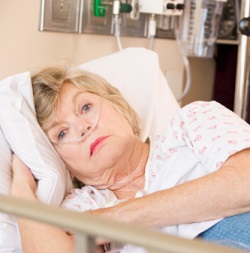 People are increasingly surviving injuries and critical illnesses that might have killed them a generation ago. Despite the improved survival rate, mental health challenges are increasingly affecting people who experiencd severe illness. A new study suggests that people treated for critical illnesses are more likely to develop mental health problems than people who have not been treated for serious health problems.

Researchers tracked the effects of critical illnesses by evaluating the records of 24,179 Danish patients treated between 2006 and 2008. Each patient had been treated in an intensive care unit and required the assistance of a ventilator. They compared the records of these patients to those of 20,000 hospital patients who were not critically ill, and to 120,000 members of the general population. Researchers controlled for factors such as socioeconomic status and chronic illness that could increase the likelihood of developing a mental health condition.

They found that people who had been critically ill had a higher risk of mental health problems. Of those treated for a critical illness, 0.5% experienced a psychiatric condition, compared to 0.2 % of other hospitalized patients and 0.2% in the general population. People who had suffered a critical illness were also more likely to have suffered a psychiatric condition prior to the critical illness. Among the critically ill, 6.2% had experienced a mental health challenge within the past five years, compared to 5.4% of hospital patients and 2.4% of the general population.

A serious illness can lead to enormous stress. Critically ill patients may face financial, relationship, career, social, and similar challenges that can increase their odds of developing psychiatric conditions. People with psychiatric challenges are also more likely to develop health challenges ranging from minor aches and pains to serious illnesses. Social support, a healthy diet, good medical care, and therapy can all help people facing physical illnesses reduce their risk of mental health conditions. If you are facing a serious illness, GoodTherapy.org can help you find a therapist who can help you cope with stress and find healthy solutions.