Parenting and Self-Love: How One Begets the Other 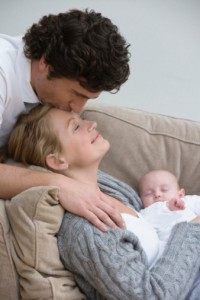 At what point did you make the decision to pursue parenting? Did you grow up knowing that you wanted children? Did you first consider it during an important romantic relationship? Or have you always known that you didn’t want to be a parent with all of the joys and struggles that the job entails?

As a guidance counselor, I was often surprised to hear elementary school students reveal that they not only wanted children, but they also knew how many children they planned to have. This gave me some insight into their nurturing instincts and into their desires to share the joys of childhood with their future offspring. On the other hand, someone who experienced a difficult childhood, whether from parental abuse, a painful divorce, or otherwise harsh conditions, is less likely to want to raise a family.

The reasons for having children are many and complicated. While some have children without giving it much thought, others struggle through endless in vitro fertilization procedures in an effort to achieve pregnancy. Some simply want to extend the bloodline and to carry on the family name. My father, for example, always wanted a son to carry on his name. After four daughters, my parents quit trying, but the regret is still firmly etched in his mind. The reasons for having children have many cognitive and emotional origins.

What about the effect of parenting on the marriage itself? Studies have reported that having children actually lowers marital happiness, and this is probably due to the inevitable distractions inherent in raising children. To keep a romantic relationship strong, the relationship itself demands ongoing attention. Like a flower that isn’t watered, a relationship will quickly wither from neglect. The first year of marriage can be stressful because couples are adjusting to living together, and the hormonal highs from the endorphins of new love may begin to cool as each partner looks at the other with the thought, “Who is this person I married?” Here, true intimacy has a chance to develop and percolate, though this is also the point at which a child may enter the picture.

Once a child enters the relationship, child rearing takes priority over all else. A parent’s inner mantra becomes, “That’s not how my mother did it. That’s not how we did it in my house,” or perhaps the reverse, “I’ll never do to my kid what my parents did to me.” Thus, the newly christened parents become locked in their corners. They will either want to raise the child exactly the way they were raised, or they’ll endeavor to do the complete opposite of their parents—swearing never to repeat what was said to them. Of course, in the heat of the moment, when the creative part of the brain shuts down, we repeat what we know.

Whether you are engaged in parenting by choice or circumstance, give time and attention to your marriage. Your children will bask in the comfort of the love you generate. In addition, remember that you two are the experts in your family, so develop your expertise by taking some parenting classes or reading books on the topic. Through this process, you will come to realize that all parents struggle. Remember, too, that your children are individuals. No tabula rasa. They are born with their own temperaments and Myers-Briggs types. Be sensitive to their differences.

All kids crave structure. All kids want to know up front what the consequences are and trust that you’ll enforce them. All kids want to be given choices rather than demands. Save the demands for the big stuff. All children want to feel like a part of something larger than themselves, such as a family, and they’ll cherish the family traditions that you create. Remember, you’re making memories. And finally, don’t forget to notice and affirm good behavior and the things that you like about them. Kids misbehave to get attention so be sure to give attention for the good stuff. This way, you’ll see more of it.

When your children are successful and happy, you’ll feel more self-love, because you’ll know you’re contributing to future generations of well-adjusted children and happy adults.