Self-Esteem and the Myth of Not Needing Others 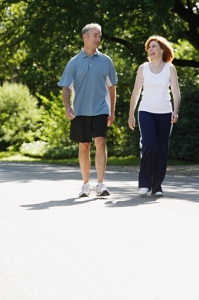 Many people believe having healthy self-esteem means you don’t need anyone else’s approval, that your own good opinion of yourself replaces any concern for what others think of you. But regardless of our baseline level of self-esteem, we care what other people think, and that’s a good thing. We’re social animals. We’re not rocks but people living among a diverse population of other people. To truly not care what others think is to be in trouble socially.

Why does it seem that folks with healthy self-esteem don’t care what others think of them? They speak their minds plainly and share themselves openly, without apparent fear of ridicule or judgment.

There is a difference between high and low self-esteem—it’s not whether you care what others think of you; it’s what you assume they’re thinking.

People with injured self-esteem are prone to believing that others are critical of them. This belief is a projection of their own feelings of self-criticism. For instance, if I think what I just said was stupid, it will be hard for me to believe that you don’t agree with me. And unless I ask you directly what you think of what I just said, I might never find out that you found it clever. Without this information, I’ll go with my belief: what I said was stupid, and I should keep my mouth shut.

Many of those with injured self-esteem didn’t get clear cues when they were young about what was expected of them and how they were doing with regard to those expectations. Or worse, the message was clear, and consistently negative. They’re always on probation, their self-worth at stake from moment to moment. They don’t know how they’re doing, but they suspect they’re not measuring up.

Relationships are fraught with pitfalls for those with injured self-esteem—good thing resources are all around us. As long as you have connections with others, you can fill any gaps left over from childhood. You can learn how you’re really doing. This will enable you to either relax or work on changing some things. Probably both.

You can gather the information you need to become more confident in your relationships, and in yourself. Information is all around you. Just ask.

Here are some examples of what I call checking in:

“Did I hurt your feelings when I said 43-year-olds shouldn’t carry teddy bears?”

“I’m not sure I’m being a good host. Is there anything you need?”

“You seem irritated. Have I offended you?”

Checking in boosts self-esteem by empowering us in relationships. Information is power, and we have the right to request it. The more empowered we feel in our dealings with other people, the less necessary it becomes to try to avoid close relationships.

© Copyright 2009 by By Tina Gilbertson, MA, LPC. All Rights Reserved. Permission to publish granted to GoodTherapy.org.