Secondhand Hurt: The Impact of Domestic Violence on Children 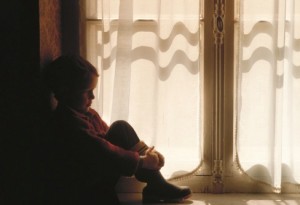 The continuum of exposure to domestic violence ranges from chronic arguing and yelling to controlling behaviors, threats, and intimidation, to physical threats, threats of suicide or murder, to threats involving weapons, to serious injuries and fatal assaults. While domestic violence takes many forms, there is always a destructive undercurrent of power and control, with offenders commonly and compulsively grasping for in a surrogate what is lacking within themselves: control.

Any pattern of behaviors in intimate relationships marked by coercive control can be a signal or foreshadowing of abuses. And when children are involved, they are always significantly affected, remaining at risk not only of direct victimization but long-term effects stemming from exposure itself.

The Centers for Disease Control and Prevention have reported that in homes where violence between partners occurs, there is a 45% to 60% chance of co-occurring child abuse, a rate 15 times higher than the average. Even when they are not physically attacked, children witness 68% to 80% of domestic assaults.

With April marking National Child Abuse Prevention Month, these numbers are a sobering reminder of the toll a violent environment takes on kids.

The circumstances of domestic violence leave caregivers, emotionally and otherwise, unavailable and unresponsive, activating a primal fear in kids beneath and between a host of other raw, complex, and unresolved emotions. The pioneering psychiatrist and researcher Daniel Siegel has written, “The mind develops as the brain responds to ongoing experience. … The pattern of firing of neurons is what gives rise to attention, emotion, and memory.” And what fires together—in a combination of overtly violent exposures and the child’s underlying neurobiological experience—wires together.

We must better understand the psychological aftermath, which can include fear of harm or abandonment, excessive worry, sadness, or guilt, inability to experience empathy or guilt, habitual lying, low frustration tolerance, emotional distancing, poor judgment, shame about the past, and fear about the future.

Although they may be unintended victims, living within a climate of chronic emotional volatility and near acute incidents of aggression has a way of searing a neurophysiological muddle—painful and isolating emotions existing alongside ongoing and frequently unmet needs for affection and attachment.

Parents who are themselves batterers are more irritable, less involved in child rearing, more likely to use severe and erratic physical punishment, and less able to distinguish their children’s needs from their own. Both parents, regardless of culpability, risk poor emotional attunement with their children and, consequently, a decreased capacity to recognize stress and danger, protective factors which might increase a child’s resiliency.

Compared with other kids, those who have witnessed domestic violence experience far greater incidence of insomnia, bed wetting, verbal, motor, and cognitive issues, learning difficulties, self-harm, aggressive and antisocial behaviors, depression and anxiety, as well as, most troubling, adult domestic violence, with boys often becoming offenders, victims, or both, and girls more likely to become victims (Brown and Bzostek, 2003).

A growing body of literature has revealed that children who have been exposed to domestic violence are more likely than their peers to experience a wide range of difficulties, from anger, oppositional behavior, and disobedience to fear, low self-worth, and withdrawal to poor sibling, peer, and social relationships. Studies have found evidence of much higher rates of pro-violence attitudes, rigid stereotypical gender beliefs involving male privilege, animal abuse, bullying, assault, property destruction, and substance abuse.

A study by Kilpatrick, Litt, and Williams (1997) concluded that witnessing domestic violence is an experience in and of itself sufficiently intense to precipitate posttraumatic stress in children. The ongoing Adverse Childhood Experiences (ACE) Study led by the CDC has classified exposure to domestic violence as one of several adverse childhood experiences contributing to poor quality of life, premature death, as well as risk factors for many of the most common causes of death in the United States.

In addition to the exposure itself, additional factors influence impact, including the nature of the violence, age of the child, elapsed time since exposure, the child’s gender, and presence of physical or sexual abuse.

Children who witness fewer incidents of violence and experience positive interactions between caregivers may be, for instance, less detrimentally impacted than those exposed to frequent and extreme aggression. Younger children exhibit more concerning levels of psychological distress than older, more developmentally mature, children. Children are typically highly anxious and fearful immediately after witnessing an incident of domestic violence and less observably so as time passes, but of course this should not be assumed to indicate an absence of anxiety or fear. Boys exhibit more externalizing behavior problems such as aggression and acting out, while girls exhibit more internalizing behavior problems such as withdrawal and depression.

Thank goodness there are protective factors that reduce the worst impacts, including a child’s literacy and overall intelligence, the extent to which the child is outgoing and socially competent, and whether the child has safe and supportive relationships with at least one influential adult (Carlson, 2000; Edleson, 2011; Hughes, et al., 2001). Those surrounding the most difficult situations have opportunity to inject resiliency through academic, emotional, and social support. We must all grapple with whether there are ways we might more effectively intervene within our families, schools, and communities to instigate help and healing.