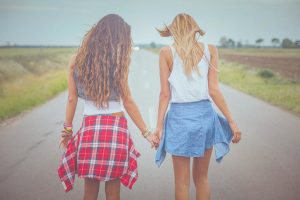 Adolescent suicide attempts declined after same-sex marriage was legalized. The biggest drop occurred among teens who are lesbian, gay, or bisexual, according to a study published in the journal JAMA Pediatrics.

Nationwide, the suicide rate is the highest it has been in 30 years, according to data from the National Center for Health Statistics. Suicides increased by 2% every year beginning in 2006. By 2014, suicide claimed 42,773 lives, compared to 29,199 in 1999. Suicide is the second leading cause of death for young people ages 10-24.

The study analyzed data from the state-level Youth Risk Behavior Surveillance System, collected from 1999 through 2015. Data from the survey is weighted to be representative of students from each state. The study included details on more than 700,000 public high school students, including 230,000 sexual minority teens.

The study did not directly test for a causal link between same-sex marriage and suicide risk. Researchers only looked at suicide attempts, not deaths, so it is unclear how same-sex marriage legality affects death by suicide.

The study’s authors say their research points to a link between gay rights legislation and teen mental health, suggesting legislation that limits LGBTQ+ rights might have a negative effect on adolescent mental and physical health.

A study of female same-sex parents found no differences between their children and the children of different-sex parents. Same-sex parents, however, reported higher levels of parenting stress.