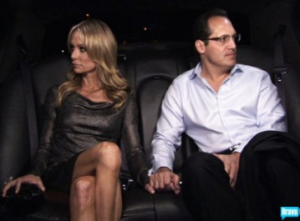 I don’t watch reality TV. Well, that’s not exactly true. I do watch Intervention, Deadliest Catch, The Biggest Loser and I found myself surprisingly addicted to the televised trial of Casey Anthony. However, I have never been drawn to the over-the-top antics of reality television shows such as The Jersey Shore, Family Jewels, or, dare I say it, Keeping up with the Kardashians. As a matter of fact, they pretty much turn my stomach. And I’ve never watched an entire episode of The Real Housewives of (insert metropolitan area here). But the recent suicide of Russell Armstrong did catch my attention.

I don’t think the tragic death of yet another reality star came as any real surprise to the millions of people who are consumed with these programs. Rumors are swirling about the reasons why this seemingly successful, handsome, and now famous, man, decided he could no longer go on living the life of apparent glitz and glam. Some are saying the impending divorce from his bombshell wife Taylor is what drove him over the edge. Others are citing financial trouble. But come on, let’s call it what it really is. The scrutiny of a million judgmental viewers and the constant pressure to portray a persona that is just one carat better than the next has got to take its toll. No matter how big your house, how fast your car, or how expensive your vacation, it has got to be bigger, faster and pricier for season 2.

Is that what we really want our children and young adults to model successful lives after? Is being a Teen Mom what our daughters will think of as making it big, merely because they have a hit show and can afford expensive diaper bags? Instead of encouraging our boys to take their time courting and dating that special someone before they rush into marriage, should we thrust them into the audition line for the next airing of The Bachelor? Why should they have to pay for the dinner when they can get paid by the network to wine and dine the ladies?

I have a hard time letting my seven year old daughter watch even seemingly harmless channels, like Disney, because she believes that all little girls grow up to have their own show and a recording contract, before they crumble under the pressure of fame, get hooked on drugs, and enter celebrity rehab. It’s a vicious cycle for these stars, many of whom are only famous, because they are famous. Look at Paris Hilton, Kim Kardashian, Kate Gosselin and yes, even Bristol Palin. Okay, so some of acquired fame by taking their tops off or having sex, wonderful achievements our girls can aspire to. And others just had kids and chose to exploit their offspring for profit. Let’s look at Nadya Suleman, the woman who was artificially inseminated and gave birth to a litter of eight kids, bringing her brood to a grand total of 14. How does she make a living? She gives interviews, and invites cameras into her home and her children’s lives, for money. She even, believe it or not, has her own page on Wikipedia and she hopes to have a reality show eventually. Better make sure I TiVo that one!

This woman, who obviously has some serious attachment issues, is famous for nothing more than being a train wreck. And why do we watch? Because everybody loves a train wreck. But the loss of life is nothing to gawk at. Russell Armstrong left behind three children. He left behind family members and friends who never appeared on Real Housewives. He was a father, husband and son long before he signed a contract with Bravo. And he may have had some emotional issues way before the cameras started rolling.

The networks take little responsibility for the mental health of their actors. Some shows do make a psychologist available. But even when outright humiliation, devastation and character assassination occur, there is no set protocol in place to make sure that the victim is emotionally healthy. Most of the time, the networks prefer to have a star completely meltdown on camera because it only adds to their ratings.

So Russell Armstrong is just a statistic in this ever changing world of entertainment. Just writing that sentence makes me ill. A death should never be intertwined with entertainment. But it is. We want our heroes to fall, our divas to deteriorate and our icons to implode. It’s much more entertaining than watching the National Geographic channel. And sadly, it’s human nature. So, say goodbye to Russell Armstrong. Say goodbye to Happy Days and the Cosby Show. And sit back, pass the popcorn, and watch the psychological turmoil unfold on the latest episode of Hoarders.