Rethinking Over-Thinking: Are You Getting in Your Own Way? 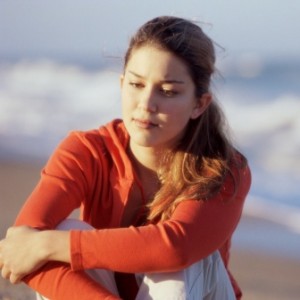 I worked with a person in therapy who was given a constant, consistent message throughout his life: “You’re over-thinking things.” He heard it as an accusation, and it held a lot of shame. It was something his mother would state, and he wanted to blame her solely for that shame, but this became harder when he noticed many of his friends saying the same thing.

It began to get in the way of getting work done (perfectionism) as well as extracurricular activities. He was an artist, and his work always had a quality that seemed contrived as opposed to organic.

The positives to this were that he would often stick with something that others gave up on quickly and he enjoyed figuring out puzzles. But while the analyzing was something he could be proud of at times, it more often brought challenges and kept him from enjoying most life events.

Over-thinking doesn’t have a high value in our society. As a whole, we get angry with leaders who take too long to make big decisions (and who is it who gets to define the “too” in too long?). We like action and consider someone to be weak if he or she doesn’t “shoot from the hip.”

While a well-thought-out decision is nothing to scoff at, over-thinking can lead to a highly uncomfortable paralysis. And not everyone who points out our over-thinking is trying to upset or poke fun. Many teachers who claim you are “in your head” may have a point.

What We’re Thinking Over When We’re Over-Thinking

It’s time to look at what we’re doing when we are over-thinking in order to separate the good thoughtfulness from the upsetting paralysis.

I’ve noticed that when I’m told I’m over-thinking it’s generally by someone who has already come to a decision. He or she is annoyed that I’m holding back the process. I’m always wary when someone wants me to make a decision with less time than I think is appropriate. Still, it’s important to look at what I’m jumping over when I’m over-thinking. I’ve found that in most instances I’m avoiding emotion. I’m avoiding the emotion that comes with making a decision. I’m avoiding the fear, the hurt, the vulnerability that a decision places on me.

We need to get under the thinking and wade through this mire of emotion. Philosophers and lawyers generally don’t like this idea and try to take the emotion out of a decision. It’s a difficult, if not impossible, task, and one that I think is rarely necessary. When you are able to bring your self-awareness to a situation, you are truly informing your decision.

If you can take an honest look at yourself and think, “I’m so hungry that I can’t make a healthy decision on where to eat,” that’s great. You know yourself and your state of mind well. Maybe you should let someone else make the dinner decision, or maybe just knowing that you’re prone to picking the first restaurant you see, no matter how fast food-like it is, will assist you in making a healthier choice. Alternatively, if you know that the woman you are dating has some traits of your mother, you can make the choice to look at those honestly and separate your girlfriend from your mom (and then go re-read Oedipus Rex): it’s the attempt at avoidance that leads to the severest consequences. It’s the attempt at avoiding the fear, the hurt, and the vulnerability that gets us stuck in the over-thinking.

Pairing Your Intuition with Your Rationality

There’s a lot of talk about the “gut” in decision making. This is just the opposite of over-thinking. Both need to be tempered with the other before a good, smart, well-thought-out, healthy decision is made.

For decisions that don’t need split-second responses, don’t be afraid to take your time—sure, you can make a list, sort out pros and cons, and weigh consequences, but also take the time to sit with the feeling that arises with the decision.

Or take one of the consequences and temper it with feelings—imagine you’ve made a decision and then sit with the feelings you imagine will arise. See what comes up. It’s like when you’re in a restaurant looking at a menu. Do you ever take time to “taste” the portobello burger and then “taste” the cobb salad to see which one your body is most in the mood for? Which one would bring you the most pleasure while you’re eating it and leave you with the fewest regrets?

The extremes of making all decisions by either intuition or by careful, emotionless reason are traps. If you fall in one extreme and you’re generally unhappy with the consequences of your decision making, I invite you to test out the other—preferably with a low-stakes decision at first. Sometimes, challenging ourselves to alter a deeply set pattern can immediately bring up anxiety, which is why I always suggest using the imagination first. Let me know if you try out this strategy and where it leads you.