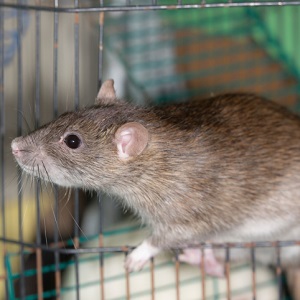 If you think the ability to selectively erase memories is little more than the product of an overactive imagination or a science fiction novel, think again. Researchers at the University of California, San Diego School of Medicine say they’ve successfully managed not only to erase memories in rats, but to restore the memories after they’ve been erased.

The researchers aimed to erase specific memories by electrically stimulating specific nerves in the brain. Researchers worked with rats whose brains had been genetically modified for light sensitivity. They stimulated the light-sensitive area of the rats’ brains while delivering an electrical shock to the rats’ feet. The rats quickly became fearful when the light-sensitive area of their brains were stimulated.

After the rats established a strong connection between brain stimulation and a shock to the foot, researchers then administered optical pulses to the same nerves; these second pulses are thought to have memory-erasing properties. After such stimulation, the rats stopped behaving fearfully in response to brain stimulation.

In the third phase of the study, researchers found they could re-activate the memory of pain and fear. To do this, they stimulated the brain yet again with optical pulses that caused the rats to yet again display fear in response to brain stimulation. Researchers hope that their work could eventually be used on human patients with memory challenges and health issues such as Alzheimer’s.

While this research is compelling, a world like that in Eternal Sunshine of the Spotless Mind isn’t any closer, and may not even be possible. Results on rats aren’t always applicable to humans, and there’s a significant difference between a conditioned response, such as a fearful reaction to brain stimulation, and a complicated memory. There’s also a challenge associated with interpreting the data. Researchers obviously can’t ask rats what they’re feeling or thinking, so they can’t be certain that the rats no longer “remember” the fear. Future research may address these challenges, though, and increasing knowledge about how rats’ memories work could offer more insight into human minds.