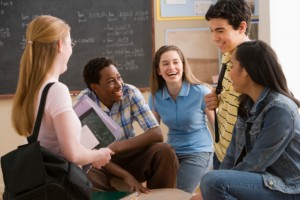 Anti-bullying laws are reducing the rate of bullying, according to a study published in JAMA Pediatrics. About 28% of high school students in the United States reported being bullied a decade ago, and 20% of students were bullied at school during the past year, according to data from the Centers for Disease Control and Prevention (CDC). Fifteen percent of those students also reported experiencing online bullying last year.

Researchers at Columbia University’s Mailman School of Public Health looked at data from more than 60,000 public and private high school students across 25 states in an effort to understand the effects of anti-bullying legislation.

“The power a bully derives from such behavior relies on isolating a victim and also upon the assumption that someone perceived as weak enough to be bullied is also going to be too weak, too fearful, to tell anyone about it in order to avoid anticipated shame,” Swenson said. “Breaking this chain of events by shining a light on bullies and their anti-social behavior is the fastest way to curb it; anti-social behaviors come from those whose own self-esteem is so low that the only way they can feel good about themselves is in attempting to reduce the status of others.”

The Department of Education’s research on effective anti-bullying measures suggests such policies should contain all of the following recommendations:

Swenson supports legislation based on these recommendations.

“Anti-bullying laws bring to public awareness that it is the bully who should be ashamed of bad behavior, not the bully’s victim,” Swenson said. “It is the bully who needs to learn respect for others and that everyone–including the bully–is working through personal challenges of one kind or another.”