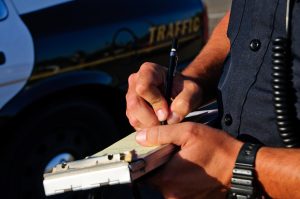 Data shows police are more likely to pull over black and Latino drivers, even though a University of Vermont study of policing practices suggests white drivers are more frequently found with drugs and other contraband. According to the study, racial disparities in policing practices increased between 2011 and 2015.

The study also showed significant variability among troopers in their rates of stopping and searching motorists of color, suggesting some police officers promote even larger racial disparities or instances of racism.

An earlier study, released in May 2016, found similar disparities. In that study, police searched black motorists at five times the rate of whites. About 1.1% of white motorists who were pulled over were searched, compared to 5.1% of black motorists, 4% of Hispanic motorists, 3.9% of Native American motorists, and 0.8% of Asian motorists.

Race-based disparities in police treatment can have lasting consequences. According to a 2016 report from The Sentencing Project, Vermont incarcerates African-Americans at one of the highest rates in the country, along with Oklahoma, Wisconsin, Iowa, and Idaho. One out of every 14 black men in Vermont is incarcerated.