Rising Autism Rates: What if Your Child Is the One in Eighty-Eight? 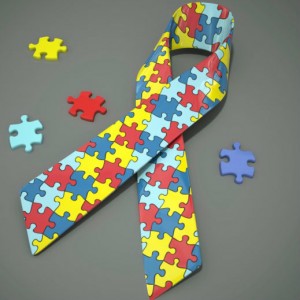 The Centers for Disease Control and Prevention (CDC) released its official autism rates this morning: 1 in 88. The rates for boys are even more frightening: 1 in 54. I’ve been sitting at my desk trying to wrap my brain around these numbers, because to me, they are not numbers, they are shattered lives. My son is the 1 in 54. He was born in 1997 when rates were somewhere around 1 in 500. He’s only 14. In 14 years, this is the explosion. Worst of all, our government has not yet declared a national emergency.

Here is the real emergency: For every “one” in these statistics, there are two parents, four grandparents, numbers of siblings, countless aunts, uncles, and cousins, and all of them will be affected by the “one.” As a counselor who specializes in treating families who live with autism, I’m on the front lines, witnessing the devastation.

This week I saw several parents who have been affected by the fallout of this explosion. I’m treating their depression, anxiety, posttraumatic stress, and grief. I’m helping single parents learn to navigate the things other parents take for granted, such as taking your child to the grocery store to pick up a few things. I’m comforting the mom whose autoimmune system is falling apart because the daily stress is too much. I’m handing tissues to the sister who just “wants a normal brother” and wonders if she will have to care for him when she is an adult. I’m helping couples decide whether or not to divorce because one has started drinking too much. And today the sadness and magnitude of it all hits with hurricane force as I see the numbers on a page. If there was ever anything threatening the American family, and society at large, this is it.

One in 88. It’s a number that should make me want to fight with every fiber of my being. To rise up with righteous anger and be that warrior mom who kicks butt and takes names. But I’m tired of it. Don’t get me wrong, I’m not tired of my son; I love my son with all my being. He is an amazing young man who has blessed our lives, and his struggles have truly made me a better person. I wouldn’t trade him for a child without autism. But I’m plain tired.

I’m tired of fighting insurance companies who decide my child’s IV medication is not “medically necessary” and they’re not going to pay anymore. I’m tired of hoping and praying that my Medicaid personal care assistance funding won’t get cut, so that I don’t have to decide between watching my child or cooking dinner. I’m tired of having to keep all my doors locked at all times so that I won’t have to call the police because my son hopped the fence and went missing in the woods. I’m tired of having my parenting judged by strangers who wonder why I “can’t control my child.” I’m tired of being too tired to have intimate relations with my husband. I’m tired of schools deciding that a child doesn’t deserve occupational therapy just because he can write his name. Every day our families are fighting for something our child isn’t getting.

I’m tired of the media spinning autism into some magical disorder that somehow means your child has unique gifts and talents. I’m tired of fearing that my son could be sexually or physically abused and cannot tell me. I’m tired of hearing those very stories on the news.

I’m tired of organizations telling me I need to don blue lights to celebrate World Autism Day—whatever the hell that is. I don’t want to celebrate, I want to mourn. I don’t want to raise awareness. I do that when I take my child to Target and he decides to strip down naked and run through the toy aisles. I’ve never seen a security guard more aware. I want to remember, in solemn observance, the marriages that were lost, the parents that have committed suicide, the children who have been abused, and the kids who have died too soon because they wandered away.

This April, make it Autism Action Month. Call Washington and tell them we have a national emergency. Reach out to a family with autism. Bring them a meal. Send them a gift card to their local health food store. Give them a call without expecting a call in return. It’s time for everyone to take this epidemic seriously. Be the “one” who makes a difference. Because, if your child is one of the lucky 87 others, then in the future, they will be the ones who will be caring for my “one.”