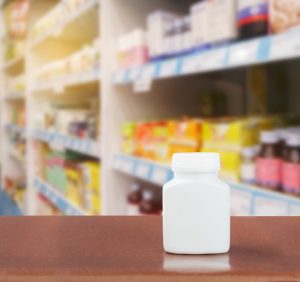 Legal regulations to limit access to chemicals used in the manufacture of methamphetamine and cocaine lowered the abuse of both drugs, according to a study published in the journal Addiction. The two precursor chemicals linked to reduced drug access are pseudoephedrine for methamphetamine and sodium permanganate for cocaine.

A number of regulations have reduced access to precursor chemicals during the last decade. The U.S. Drug Enforcement Administration (DEA) began restricting access to sodium permanganate in 2006. In 2007, Mexican authorities closed a chemical company accused of illegally exporting more than 60 tons of pseudoephedrine to the U.S. Pseudoephedrine is used in many over-the-counter cough and cold remedies as a decongestant, so it remains widely available. However, the U.S. Food and Drug Administration (FDA) limits the number of pseudoephedrine-based products customers can purchase over a 30-day period.

The study tracked use of methamphetamine and cocaine from March 2007 to December 2014, following the immediate aftermath of decreased access to precursor chemicals.

Cocaine use began declining almost immediately with new sodium permanganate regulations. Use of the drug dropped by approximately 1.9 million past-year users, a decline of 32%. Past-month use of cocaine declined by almost 700,000 users, a drop of 29%.

Methamphetamine declined with the closure of the Mexican chemical company. Past-year use of the drug decreased by almost 500,000 (35%), and past-month use decreased by more than 277,000 (45%). These numbers remained steady for most of the study period, though there was an increase in methamphetamine use in 2013.

The 2012 National Survey on Drug Use and Health found 440,000 Americans (0.2%) used methamphetamine in the past month. Usage statistics for cocaine were higher, with 1.4% of 18-to-25-year-olds using cocaine in the past month, and 0.5% of people older than 26 admitting to past-month cocaine use.