Red Flags: Are You Being Emotionally Manipulated? 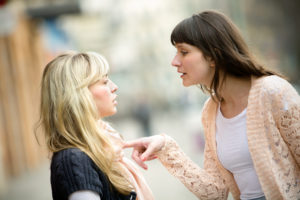 Emotional manipulation can undermine close relationships and leave the manipulation victim feeling powerless, confused, and frustrated. Yet all people manipulate others from time to time—often without intending to. And some definitions of emotional manipulation are so broad that they can apply to any behavior, even something as innocuous as a baby crying for food.

So when is an attempt to get one’s needs met or to achieve one’s goals actually a form of manipulation? And when does manipulation cross the line into emotional abuse? Here are some red flags that may signal a serious relationship problem.

Manipulation is any attempt to sway a person’s emotions to get them to act in a specific way or feel a certain thing. While it’s common in interpersonal relationships, it also frequently happens on a broader scale. Advertisers routinely attempt to manipulate people’s emotions to get them to buy a product. Political candidates manipulate voters to win votes, convince voters of untrue claims, or change a voter’s opinions about a given issue.

“We’re all manipulators,” says Melissa Stringer, LPC, NCC, B-TMH, a Texas therapist who works with many clients to handle a wide range of individual and interpersonal concerns. “Socially acceptable manipulation, such as smiling and making eye contact, are considered healthy ways to increase the chances of human connection. But when manipulation is used to avoid vulnerability and establish power over others, it becomes unhealthy.”

People who are deliberately manipulative often do so in an attempt to avoid healthier strategies, such as direct communication of their needs or mutual intimacy and vulnerability.

People can manipulate others using hundreds of tactics. Some of the most common include:

A manipulative person may combine these tactics or alternate between them depending on the context.

Why Do People Manipulate Others?

Not all manipulation has malicious intent, even when it causes immense harm. Some common reasons people engage in manipulation include:

“In many cases, manipulative individuals were not taught effective communication skills. Or worse, they were punished by an influential figure for expressing needs or wants. As a result, the original means for connecting gets overridden and replaced by strategies centered around avoiding any sense of fault. This is adequately achieved in two primary ways: indirect communication and a refusal to be accountable for actions,” Stringer emphasizes.

Protecting Yourself from Emotional Manipulation

If you have fallen for manipulative tactics in the past, know that you are not at fault. Nearly everyone is manipulated at some point. There’s no way to prevent all manipulation.

However, a number of strategies can reduce the impact of emotional manipulation and help you set clear boundaries. These include:

Victims of chronic manipulation and emotional abuse may find relief in therapy. A therapist can work with you to identify manipulation, break free from an abusive relationship, and reduce the risk of being trapped in a relationship such again. In therapy, you’ll develop healthy boundaries and work through any reluctance you have to enforce those boundaries.

Families and couples who struggle with manipulation can also find help in therapy. A therapist may work with all parties to understand why direct communication is a challenge for them, cultivate healthier communication patterns, and find better ways to get their needs met.

Begin your search for a therapist here.