Recovery Sleep May Improve Memory, and Other News 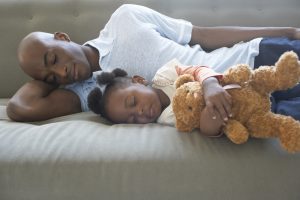 Research and anecdotal experience both point to the harmful effects of sleep deprivation on memory, and researchers have new insight into this association. According to animal research published in the journal eLife, sleep deprivation might change neuron connectivity, thereby interfering with memory. The study also found resting might restore losses associated with sleep deprivation.

Researchers performed their study on mice, so it is unclear whether the results would also apply to humans. Previous research suggests sleep is a time of memory consolidation.

Researchers looked at the length and number of dendrite spines in the hippocampus—a brain region associated with memory—of mice after five hours of sleep deprivation. Dendrites branch out from nerve cells and are responsible for receiving impulses from other cells. Mice deprived of sleep had shorter dendrites with less dense dendritic spines in the hippocampus, suggesting even temporary sleep loss can change the brain.

Researchers then allowed the mice to sleep for three hours, as previous research suggests this can compensate for lost sleep. They again analyzed dendrites in the hippocampus and found three hours of sleep reversed the dendrite changes, potentially improving memory.

In the past few years, drug overdose deaths have surpassed car accidents as the leading cause of accidental death in the United States. In 2014, opioid overdoses killed more than 28,000 people—a number that has quadrupled since 1999. For the first time in history, U.S. Surgeon General Vivek Murthy has sent a letter to 2.3 million doctors in America, calling on them to do their part in stemming the prescription opioid abuse and overdose epidemic. In the letter, Murthy encourages physicians to view drug addiction as a chronic illness rather than a “moral failing.”

Tetrahydrocannabinol (THC), the active ingredient in marijuana, made rats less willing to perform a challenging task, according to a new study. The rats’ ability to do cognitively challenging work was not affected, but they were less motivated to do such work. When given the option between an easy task with a small reward and a harder task with a larger reward, rats who were given THC were more likely to choose the easy task. Without THC, they were more likely to try the harder task. Researchers say the study highlights the effects of marijuana use on willingness to exert more cognitive effort to reap a greater reward.

Digital dating violence among teens is rising, and school nurses are often the first to recognize signs of abusive romantic relationships. Rates of physical violence in relationships are already high, but in this digital age, abusers may use digital media to control, stalk, or harass their victims. Previous surveys have found 26% of high school students said they had experienced online dating abuse, and another 12% admitted to harassing a significant other online.

Instagramming in Black and White? Could Be You’re Depressed

A small study of 166 Instagram users was able to predict depression based on Instagram posts. Previous research suggests people who have depression may gravitate toward darker or more muted colors. According to the study, users who posted more black and white photos were more likely to experience depression symptoms.

Many seniors often experience loneliness, which is linked to many negative health outcomes, including depression and premature death. A new study of seniors suggests friendships are not sufficient to ward off loneliness. Only family members offer the loneliness-reducing health benefits that can reduce the risk of death in old age.

A review of previous studies on the effects of cognitive activity, such as reading and brain training games, strengthens evidence that those activities during the senior years can reduce the risk of dementia. The authors caution that some other factors might be at play. For example, seniors who engage in high levels of cognitive activity might also come from higher socioeconomic backgrounds.

In the Aftermath of Disaster, Social Media Helps Build a Sense of Community