Reclaiming Your Life through Forgiveness 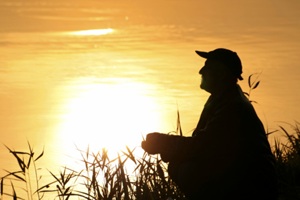 Forgiveness is a word which can evoke conflicting thoughts and feeling. Images of turning the other cheek can arise in ways that keep you stuck in hurtful or even abusive situations, which in turn reinforce your experience of powerlessness and victimization. In light of this, I want to first address what forgiveness does and does not mean.

Forgiveness is a Process

It is important to see forgiveness as a process and not a one-time event. This process is very similar to grieving. For example, if someone is in a marriage or committed relationship and their partner tells them they no longer love them and have found someone whom they do love, the person being broken up with is faced with the betrayal of a promise and the death of a way of life. Initial reactions to this are usually a combination of denial, anger, bargaining, and sadness or even despair. These are also the first four stages of the five-stage grieving process, and it is important to give yourself permission to fully experience the depth of these feelings.

In fact, the first step in the forgiveness process is being in touch with your feelings and clear about the actions which hurt you, and to share this with at least one person who can listen without judgment. This step cannot be skipped. Pretending that you have no hard feelings will not work. It takes courage and support to be honest. Minimizing the actions which hurt you also does not work. It is essential to be clear about the other person’s actions, even though it can hurt to say it out loud. This first step takes time. Acceptance is the final stage of grieving, but a premature acceptance can actually keep you stuck in the hurt and pain. Forgiveness cannot be rushed.

There does come a time, however, when this first step is complete. Although there is no fixed time limit, there is a sense that life has become stuck. The second step, as outlined by Dr. Fred Luskin in his book Forgive for Good, is recognizing when you are no longer acutely grieving but have built up a “grievance story.” A grievance story is when a monument has been constructed to the person and events that hurt us. This is when your life story begins to revolve around the events, leaving you with stories such as “I will never trust again,” “Life is unfair,” “I will make them pay,” “My life is over,” and many more. You replay the events and begin making decisions about yourself and your future because of it. These lines of thinking keep you stuck in the belief that life just happens to you. They also keep you renting out space to the person who wronged you, allowing them to have power over your life.

Along with a grievance story, we often have what Dr. Luskin calls “unenforceable rules.” In the example of a spouse finding a new love, unenforceable rules could include “Commitment vows should not be broken,” or “It is wrong for someone to stop loving me.” By giving up the demand that these rules be met is not condoning the wrong that was done. It does mean that you no longer need to feel powerless as you hand over the other person’s freedom of choice. This is a movement toward acceptance of what you are unable to change—and acceptance is the final stage of grieving.

The third step in forgiveness is asking yourself, “What differences am I demanding are out of my control?” You have the choice to stay in the cycle of suffering by not letting go, or to reclaim your power by choosing to accept what cannot be changed and put your energy toward opening new possibilities.

The fourth step in forgiveness is remembering you have the power to choose where you focus your thoughts and energy. It has been said that the best revenge is a well-lived life.