Does Reality TV Influence Our Perception of Romance? 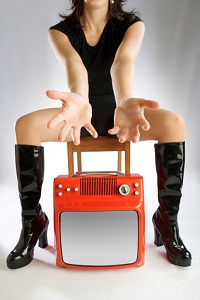 Reality television programs are anything but real. Shows that depict romantic relationships or the pursuit thereof—such as The Bachelor and Real Housewives—reveal fantasy lives filled with high-octane intimacy, infidelity, and unrealistic ideals. These factors seem to add to the appeal for many people. But do these portrayals influence people’s expectations of their own, real-life relationships? Yes and no, according to a study conducted by Jeremy Osborn of Albion College in Michigan.

Perhaps people who view relationships as emotionally costly expect more from their relationships than people who view their relationships as less emotionally expensive. In fact, if someone anticipates having to invest quite a bit into a partnership, he or she probably expects a large return. Therefore, those who see romantic relationships as requiring a big injection of time and effort may value the outcome of their efforts differently than people who do not approach relationships the same way. However, Osborn cautions that commitment is a key element to relationship satisfaction and that culture’s definition of relationships, as manifested in the media, does not demonstrate that. “We live in a society that perpetually immerses itself in media images from both TV and the web, but most people have no sense of the ways those images are impacting them,” Osborn said. Because marriage failures are holding steady in the United States, he believes it is imperative that couples take a good, long look at how everything, including reality TV, affects their relationships.