Rape Survivor Protests Treatment with Art Project, and Other News 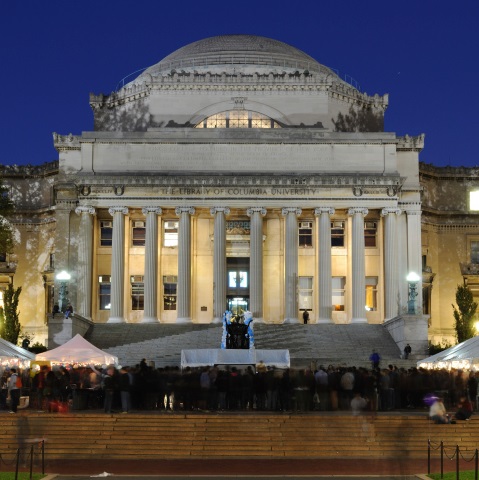 Emma Sulkowicz, a senior visual arts major at Columbia University, says she was raped by Jean-Paul Nungesser, another Columbia student. At least two other women have filed complaints against Nungesser, but he continues to attend classes as the school investigates the allegations. Sulkowicz has begun carrying her twin mattress with her to protest her treatment and draw attention to rape on campus. The protest, which began earlier this week, doubles as her senior art project, and has already gained significant media attention.

Columbia University has a history of drawing student ire for the way it handles rape and sexual assault cases. In 1999, students used red tape to protest the school’s handling of rape cases. Twenty-three students, including Sulkowicz, have filed a Title IX claim against Columbia. The students allege that the school covers up rape and allows serial rapists to continue victimizing students.

Skin care company ‘philosophy,’ widely known for its cleverly named products, announced in July its plans to raise money for community mental health centers. By January 2015, the company plans to donate 1% of its sales earnings to community mental health initiatives by funding various grants. The average grant amount will be $25,000, and the company plans to prioritize mental health organizations that cater to women. The first grant has already been awarded to Glenn Close’s anti-stigma organization, Bring Change 2 Mind.

People experiencing mental health difficulties may need help even if they’re not suicidal or in active crisis. In an attempt to aid these people, San Francisco has launched a mental health “warm line” designed to help callers avoid mental health crises. The warm line is intended to serve 20,000 callers in its first four years of operation, and is staffed by trained peer counselors.

Media reports of suicide may increase suicide risk, according to a study of suicide coverage in South Korea. Researchers found that the number of suicide articles increased 80-fold following a high-profile suicide. Coverage often violated the World Health Organization’s guidelines on suicide reporting by, for example, providing details of the suicide method. Researchers estimate that this led to 430 additional suicides in the four weeks following a high-profile suicide.

According to a study of 430 people receiving treatment for colon cancer, family stress can affect recovery. Thirteen percent of participants had a “quality of life deficit.” Three times as many patients in this group as in the entire group experienced serious complications.

Risk of Diabetes in Children and Adolescents Exposed to Antipsychotics: A Nationwide 12-Year Case-Control Study

According to a 12-year study of nearly 50,000 children, antipsychotic drugs may increase the risk of developing diabetes. Researchers found that the diabetes risk among children and teens who took antipsychotics was .72%, compared to .27% among those who did not take antipsychotics.