The Police Officer’s Dilemma: Can Your Finger Be Racist? 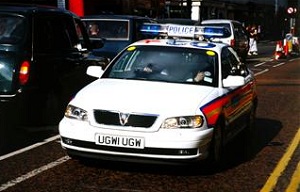 The recent shooting of 17-year-old Trayvon Martin has sparked a firestorm of controversy. While everyone who’s given any thought to the matter agrees that Trayvon should not have died, explanations of what happened vary greatly. However, when examining statistics on shootings, it becomes clear that people of color are at an increased risk of being shot. There are significantly more police shootings of unarmed black people than there are of unarmed white people. But inevitably, the shooters claim that they were just doing their jobs and that they thought their lives were in danger, not that they were racist.

So which explanation is right? As in most areas of life, simple explanations for tragic events rarely suffice, and it turns out that both explanations are partially accurate. Police officers and others may truly want to avoid racism, may truly support the equality of all people, but can still be influenced by subtle, unconscious biases. Several studies have indicated that, even when a person is avowedly dedicated to racial equality, they’re still quicker to pull the trigger on a person of color. So why is this? There are several psychological factors at play.

The Power of Imagery

It has been well-documented that, from commercials to movies, people of color are more likely to be portrayed as the bad guy. Even nightly news segments are more likely to report on a crime if it’s committed by a person of color. This teaches all of us, even if we won’t admit it, that black people are more dangerous than white people. And in frightening, adrenaline-inducing situations, we’re more likely to cater to our instincts than to our knowledge. This can lead to tragic consequences.

Confirmation bias is the practice of tending to see things that confirm your suspicions. We are all raised in a society in which people of color are vilified and treated as dangerous. Thus we’re more likely to notice things that confirm this prejudice. A candy bar quickly turns into a gun when wielded by someone we’ve been taught to fear.

The practice of victim blaming provides us all with retroactive justification for split-second decision-making that turns out to be wrong. George Zimmerman, for example, might point to the fact Trayvon Martin was once found with an empty marijuana bag to justify the shooting. Of course, Zimmerman did not know this when he shot Trayvon, but victim-blaming provides an added punch that allows us to see racist shootings as acceptable, even when all evidence points to the contrary.

Most of us aren’t cops and will never be in a position to shoot someone because we feel endangered. But the “racist finger,” a term which alludes to the behavior of Arizona Gov. Jan Brewer while speaking with President Obama recently, serves as a metaphor for hundreds of subtle biases that include everything from offering a black person less pay to refusing to pull over and help the stranded motorist of color. In short, the factors behind the “racist finger” are the very factors that allow many facets of racism to continue unchecked in a society that claims to be colorblind. Studies on the police officer’s dilemma have found that, even when people say they are committed to racial equality and even when they insist that they are not racist, they still shoot people of color more quickly.

So how can one avoid this subtle prejudice that can have dramatic consequences? Numerous studies in social psychology have found that admitting to oneself that you are subtly biased and influenced by racist images in society—just like everyone else—and actively working to counteract this bias can serve as an antidote to prejudice. Simply wanting to be nonracist or insisting you’re not racist is insufficient. You must be able to admit your flaws and work on correcting them. People who struggle with their own racism and who recognize the way society influences them are far less likely to behave in unconsciously racist ways.