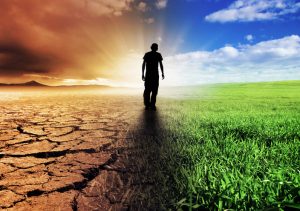 As we close out PTSD Awareness Month, let’s take a moment to talk about some good news regarding posttraumatic stress.

By now, most people have heard of PTSD and have at least some familiarity with what it is. They may think of flashbacks and avoidance and often associate it with members of the military returning from deployments.

Those things are only part of the story, however. The piece that’s often missing is the recognition that, with appropriate treatment, many people with PTSD get better and are no longer controlled by their symptoms.

Let’s start with some basics about posttraumatic stress. In order to justify a diagnosis of PTSD, a person must have had an experience so traumatic they felt at imminent risk of death or serious injury to themselves or someone with them. Many events can be upsetting and anxiety-provoking without rising to the severity of what could cause PTSD. Common triggering events might include sexual assault, being a victim of crime, witnessing violence, a shocking injury, experiencing combat, or surviving a natural disaster, among others.

There are four main symptom clusters with PTSD. They include:

Let’s walk through what this might look like. We’ll use the example of a military family I worked with. The service member was a male, married for several years, no children. The person seeing me for therapy was his wife.

As the time for the husband’s return approached, both he and his wife grew excited about the reunion. But he came home changed. His experiences left him with PTSD.

A private and proud person, he didn’t want to talk about it. He was having nightmares, trouble sleeping, and started drinking more. He was so jumpy that alcohol was one thing that reliably took the edge off. He couldn’t stop thinking about his experiences in combat, but he didn’t talk about them. He didn’t want to burden his wife with his issues. If he heard a car backfire, the neighbors shooting guns for target practice, or fireworks, he became visibly shaken.

His wife was upset he didn’t seem to want or need closeness with her. He was detached, angry, distant, and irritable. He blamed himself for things he did, but he wouldn’t describe them to her.

Worst of all, he didn’t want to seek help. His wife was getting help for herself but couldn’t convince her husband to try counseling. He felt PTSD was untreatable and acted as if it was a life-long curse.

That is probably the biggest tragedy of the whole story. Because PTSD is treatable. There are several interventions that work well for people who struggle with symptoms. Here are some evidence-based approaches:

The bottom line: PTSD is not necessarily a lifelong condition. We need to do better in spreading the word that no matter the trauma or how severe the impact, there is hope. The best way to bring awareness to PTSD just might be to focus on the potential for healing it.