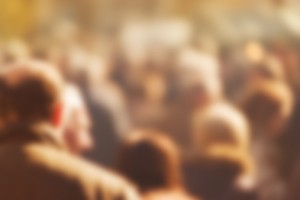 Socialization is the process of acquiring social skills, cultural norms, and societal customs. Although the process continues throughout life, socialization plays a significant role in psychological development during childhood. Children who are completely deprived of social contact in their early years may, in some cases, be unable to develop culturally accepted social skills as adults.

Socialization is a highly complex process that is ongoing. It often occurs without any conscious awareness. Interacting with friends and family, being told to obey rules, being rewarded for doing chores, and being taught how to behave in public places are all examples of socialization that enable a person to function within his or her culture.

Some animals have critical periods of socialization during which they must be socialized to novel stimuli in order to avoid later fear. For example, dogs who are not sufficiently socialized with dogs or other animals during puppyhood may never learn to behave appropriately and may react with fear and aggression every time they see a new animal or person. Other animals, such as ducks, immediately imprint upon the first thing they see after hatching.  This affects future socialization. Konrad Lorenz famously demonstrated that geese who see a person immediately after hatching may attempt to socialize with humans, rather than other geese, for the rest of their lives.

The Importance of Socialization

Feral children, or children who have been deprived of social interaction from a very early age and otherwise neglected, show how important socialization is for developing children. Two girls, Isabelle and Anna, both of whom were discovered separately in the mid-1900s, were each kept in small rooms until they were 6 years of age because they were born out of wedlock. Neither girl could speak, though Anna could communicate with gestures. They both behaved like infants rather than young children and lacked most of the basic humanizing characteristics, such as speech and the ability to feed and clothe themselves.