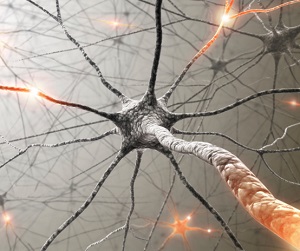 A seizure is a storm of unusual electric activity in the brain that can result in changes of behaviors such as shaking, repetitive motions, changes in mood, and convulsions. It can be caused by epilepsy, a brain condition that causes abnormal brain electrical impulses, or by lifestyle and health factors that temporarily interfere with brain functioning.

Epilepsy is the most well-known and heavily studied cause of seizures. This brain disorder causes repeated seizures and may be diagnosed when no other cause for seizures can be found. Doctors can sometimes pinpoint the location in the brain in which the seizure starts using an EEG.

However, epilepsy is not the only cause of seizures and the Epilepsy Foundation estimates that about 10 percent of people will have a seizure at some point in their lives. Kidney and liver problems, diabetes, drug overdoses, brain infections, severe malnutrition, and many other conditions can alter brain functioning, resulting in a seizure.

A seizure is always a medical emergency, particularly when someone has never had a seizure before. Doctors may administer bloodwork and conduct brain scans to uncover the cause of the seizure, and may take a complete history of the person. Anticonvulsant medication can reduce the frequency and severity of seizures in people with epilepsy, but may not eliminate seizures altogether. Rarely, brain surgery may be the best option to reduce a person’s risk of future seizures. People with severe epilepsy or recurring seizures may not be able to drive or operate heavy machinery.

During a seizure, it may be helpful to roll the person onto his/her side to clear his/her airway. Removing tight clothing and clearing the area of sharp or dangerous objects can help keep a person having a seizure safe until help arrives. Never put anything in the mouth or around the neck of a person having a seizure. It is also risky to restrain a person who is having a seizure, as this can cause erratic behavior, panic, difficulty breathing, and inadvertent injuries. Seizures that last longer than five minutes, even in people who regularly have seizures, warrant an immediate trip to the emergency room.