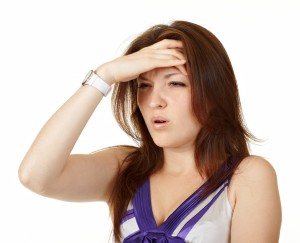 Regret is a negative emotion that occurs when a person believes his or her past actions or behaviors, if changed, may have achieved a better outcome. Regret is often closely associated with feelings of guilt and shame. We often express the emotion of regret to others in the form of an apology.

The emotion of regret can be broken down into two components:

Even if the alternative decision or behavior was highly improbable or impossible, it can cause the person experiencing regret to apply a degree of self-blame.

Regret may be characterized by negativity about the past in general, or about a particular incident in the past. For example, a person might feel badly about the way he or she has spent his or her life and be plagued by regret. Alternatively, the person might just feel badly about a particular incident—such as yelling at his or her mother the last time he or she saw her—and feel regret about it.

Regret tends to be a long-lasting emotion, and people might say that they are plagued by feelings of regret that they cannot eliminate. However, regret can also be a short-lived feeling. For example, a child might regret tripping his or her sister and then quickly move past these feelings. The fact that regret is associated with the past, though, can make it particularly difficult to process because the actions that led to the regret cannot be changed.

Feelings of regret are common themes for coming-of-age stories as well as stories in which people take stock of their lives. A character in a movie, for example, might suffer from negative feelings about the way he or she spent his or her life.

How Regret Can Be Helpful

Regret can be a beneficial by helping the person experiencing it gain insight and improve future decision-making skills. Research from the last two decades (2007) even theorizes that regret is an essential psychological construct related to decision-making, coping, and learning.

Regret can also be helpful because it signals the need for a corrective action, which can push people into implementing that action. Under the right circumstances, this can be considered a beneficial consequence of regret.

Even though regret may bring positive change to one’s life, regret is more commonly associated with the negative effects it can have on a person’s happiness. Regret may lead to:

Regret can significantly impede happiness because regret often causes people to feel shame, sadness, or remorse about decisions or the ways in which they have spent their lives. Sometimes regret can contribute to depression, but depression can also cause feelings of regret that were not previously there.

Therapy can be a useful tool to help you or someone you know cope with feelings of regret. When people spend years fixating on a regrettable choice they often need help to move past it, and seeking a therapist can help people talk through, understand, and move beyond regret.