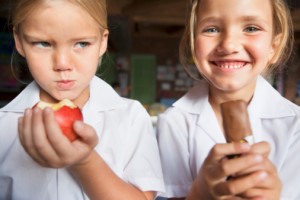 The pleasure principle is a term originally used by Sigmund Freud to characterize the tendency of people to seek pleasure and avoid pain. Freud argued that people will sometimes go to great lengths to avoid even momentary pain, particularly at times of psychological weakness or vulnerability.

About the Pleasure Principle

In psychoanalytic theory, the id is the part of the unconscious dedicated to pleasure and base drives. The pleasure principle is driven by the id. According to Freud, the id rules the personality in infancy and early childhood, and the ego and superego develop later. The influence of the ego and superego can mitigate the influence of the id, but the pleasure principle still remains an important part of the underlying personality.

Early in life, children tend to seek immediate gratification. They want pleasure, and they avoid pain to the best of their abilities. However, as children grow up, they become more realistic about their desires as they begin to understand that at times they must tolerate pain and delay gratification, simply because of the constraints of life. Once this realization takes place, children begin to operate under the reality principle, which still seeks pleasure, but in a way that does not disregard the constraints of reality.

However, even when operating under the reality principle, a person may still experience intense anxiety, depression, and other behavioral disturbances when needs for pleasure are not met or when he or she experiences unwanted pain.

The Pleasure Principle in Modern Psychotherapy

People do not always act to maximize pleasure and may in fact engage in self-defeating behaviors that serve to increase pain. However, these behaviors might still operate according to the pleasure principle in that they were formed as an adaptive response or as a result of addiction. For example, a person who frequently starts fights with a partner may still be aiming to maximize pleasure because the apology after the fight might benefit that person more than the fight harms him or her. When the emotional or physical pain associated with a particular event outweighs the benefit a person receives, then he or she is likely to cease engaging in the self-defeating behavior. A person with addiction problems, for instance, is more likely to stop using when the pain of his or her addiction exceeds the pleasure obtained from the substance.

Modern psychologists typically do not follow traditional Freudian theory, but they often use the pleasure principle and related concepts in therapy. Cognitive behavioral therapy, for example, can help people eliminate self-defeating thoughts in order to maximize pleasure and minimize the suffering that occurs with emotional and physical pain.