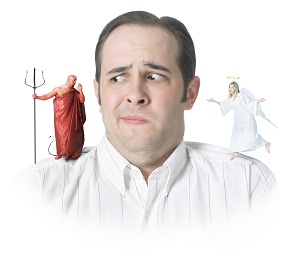 Most people never reach the post-conventional level of morality, raising an immediate question as to whether these stages can properly be termed levels of development at all. Most people in studies of Kohlberg’s theories are in the conventional morality level. Carol Gilligan found that more men are in advanced stages of morality than women, raising serious questions about whether Kohlberg’s stages are gender neutral or universal. Gilligan found, for example, that men tend to focus on principles of justice while women tend to focus on principles of fairness and caring. Gilligan, in turn, has been criticized for essentializing behavioral differences between men and women.