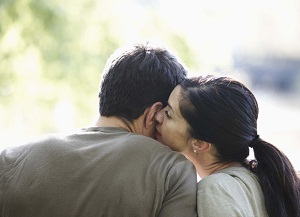 Intimacy usually denotes mutual vulnerability, openness, and sharing. It is often present in close, loving relationships such as marriages and friendships. The term is also sometimes used to refer to sexual interactions, but intimacy does not have to be sexual.

Intimacy can be vital to maintaining a healthy social life. If you avoid intimacy, you may find yourself isolated or in constant conflict with others. When fear of intimacy disrupts a relationship, couples counseling or individual therapy may help.

Intimacy is important because humans are social creatures who thrive on close personal relationships with others. While intimacy connotes images of romantic relationships, it can also occur in close friendships, parent-child relationships, and siblinghood. There are four types of intimacy:

Intimacy in a romantic relationship is usually something that is built over time. New relationships might have moments of intimacy, but building long-term intimacy is a gradual process that requires patience and communication. Many people judge the quality of their relationships based on the depth of intimacy and the degree to which they feel close to their partners.

Intimacy can help you feel more loved and less alone. But intimacy also requires a great deal of trust and vulnerability, and you may find this frightening. Many people struggle with intimacy, and fear of intimacy is a common concern in therapy.

People can fear intimacy due to a variety of reasons. Some of the most common causes include:

When seeking professional help for intimacy issues, you may be asked to take the Fear of Intimacy Scale (FIS). This scale measures how much you fear emotional intimacy in a romantic context. It asks you to agree or disagree with statements like, “I would probably feel nervous showing my partner strong feelings of affection.” Research has linked a high FIS score to increased loneliness.

Building Intimacy in a Relationship

It is possible to overcome fears of intimacy. A compassionate counselor can help you understand the underlying emotions driving your fear. They can help you address these feelings and find healthier ways to cope with them besides isolating yourself.

Even when neither partner fears intimacy, a couple may still have trouble opening up to each other. The following suggestions may allow you and your partner to grow closer.

If you and your partner struggle to get closer to each other, there is still hope! Couples counseling can help you strengthen your communication and solve misunderstandings. It can also help each party overcome any fears of intimacy that may be holding them back. There is no shame in getting help.