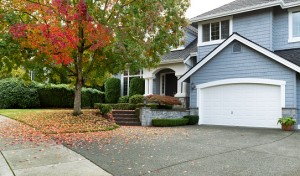 Incest describes any sexual relations between members of a family. While the strictest definition of the term applies only to those who are closely related, incest may also refer to sexual intercourse between family members who are not blood-related, such as step-siblings or cousins by marriage.

Incest is taboo, or forbidden, in many parts of the world. It is often a form of sexual abuse and carries criminal penalties in most states and in many countries.

Sex between any family members who are too closely related to marry is considered incest. Sex between third or fourth cousins may not be considered incest, since marriage between cousins of this degree of consanguinity is generally not prohibited. Some evolutionary psychologists believe there is an innate incest taboo preventing children raised in the same household from finding one another sexually attractive or engaging in sexual relationships. However, estimates of incest ranging from 5–20% suggest incest is not fully prohibited by any gene or brain adaptation.

Incest most often, according to available statistics, occurs as a form of child abuse. Eighty percent of underage victims of incest are abused by a parent. Sometimes incest occurs by choice, between adults who are of an age to consent to sex. This, however, is believed to be fairly uncommon.

Most incest laws in the United States prohibit marriage or relations between siblings, parents and children, and grandparents and grandchildren. Each state defines incest differently and has its own laws regarding incestuous relationships. In some states, for example, two first cousins may be allowed to marry. Sexual contact with a family member under the age of 18 is a crime in all states.

Incest is largely underreported, and many reports of incest have been written off as fabricated repressed memories or otherwise called into question. This doubt, and the stigma already surrounding incest, may be partially responsible for the reluctance of survivors to report incest. Some children may not report incest because the abuser has threatened them or told them what is happening is normal. They may also feel embarrassed or ashamed and be unsure of who to tell. Many people believe incest is rare, perhaps because it is often not reported, but study results show incest to be much more common than it is assumed to be.

In America, approximately 44% of rape victims are under 18 when assaulted, and over a third of the perpetrators in these cases are family members. However, because of the aforementioned factors, the actual rates of incest are difficult to calculate and may be much higher.

Non-consensual and coercive incest can cause severe psychological damage. Due to the stigma surrounding incest, many of those who are victimized never report the crime, which can often prevent them from being able to process the abuse and heal from it.

Some survivors repress their memories of incest. Doing so may help them temporarily avoid trauma and pain, but over time, they may experience concerns such as:

Even incest occurring between adults who have both consented to the sexual relationship can have lasting effects. When closely-related relatives, such as siblings, have children together, there is a higher likelihood of birth defects and genetic mutations. However, more distant relatives are less likely to experience these effects.

Help and Resources for Incest

The lasting effects of incest, and other sexual abuse, can be addressed in therapy. Therapy can be beneficial to survivors of incest, even when the abuse happened years or even decades earlier. Disclosing incest, especially when memories have been repressed, can be difficult for survivors, but a trained and compassionate therapist or counselor can often help survivors explore and heal from feelings of guilt, shame, and betrayal, as well as any mental health concerns experienced as a result of the abuse.

Some survivors may also find support groups to be helpful, and a therapist or counselor, as well as organizations such as Survivors of Incest Anonymous, can connect those seeking help with local survivor support groups. Those who have survived incest can also call the National Sexual Assault Hotline at 800-656-4673 or chat online, anonymously and confidentially, at RAINN.

Incest and the Law

In the United States, each state establishes its own incest laws. Some states criminalize relationships between siblings, parents and children, and cousins, while other states permit relationships between cousins. Incest laws are generally enforced by prohibiting marriage and sexual activity between certain people; when incest is not consensual, the perpetrator may be prosecuted for rape or sexual assault. Incest crimes often receive more severe sentences than other sex crimes against minors.

No minor can consent to sexual activity. Further, many states treat incest between an older teen (above the age of consent) and a related adult as statutory rape, no matter the circumstances of the sexual activity.

Genetic sexual attraction (GSA) is a term used to describe sexual attraction between biological relatives who meet for the first time as adults. This can happen when parents meet their adult offspring who were adopted at a young age, when siblings or half-siblings meet in adulthood, or between cousins. Genetic sexual attraction is quite controversial, as many people believe it is nothing more than a form of incest, and sexual relationships between relatives are illegal in most cases. The term was first used by Barbara Gonyo in the 1980s to describe the attraction she experienced when she met, for the first time, the adult son she had given up for adoption.

Those who claim to have experienced GSA describe it as a very powerful feeling, something they cannot stop or control. It is important to note, however, that not everybody who experiences an attraction to a relative necessarily acts on it. There have been some news stories about family members who have gotten married and advocated for their right to engage in a fully consensual relationship as adults, despite their close kinship. Other people, however, have reported feeling guilty and ashamed about feelings of genetic sexual attraction, describing it as a struggle with emotions that feel wrong.

The condition is not recognized in the Diagnostic and Statistical Manual of Mental Disorders (DSM-5), and available research on GSA is extremely limited. Many people question whether the phenomenon actually exists. Those who question its validity posit that it may just be a form of abuse, with one partner is taking advantage of the other.