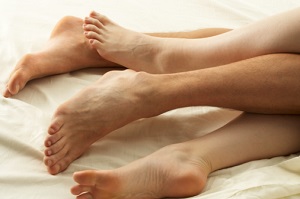 Hypersexuality is a somewhat subjective label, as there is no established definition of normal sexual desire or frequency of sexual behavior. Cultural norms can establish what constitutes hypersexuality, and what one society views as normal might be viewed as excessive in another.

Chemical imbalances can result in hypersexuality, and some people turn to sex in the same way others turn to drugs and alcohol. Experts are unsure of the precise cause, and explanations ranging from genetics to environmental modeling in media have been posited. For some people, sex relieves feelings of anxiety, worthlessness or depression. People with bipolar disorder may exhibit hypersexuality during manic periods, and some personality disorders, including borderline personality disorder, can cause hypersexuality.

When hypersexuality is caused by another condition, such as bipolar, treating that condition may alleviate symptoms. Psychotherapy can be helpful, and people in intimate relationships may benefit from couples counseling designed to help them cope with their condition. Some people with hypersexuality attend 12-step programs such as Sexaholics Anonymous.