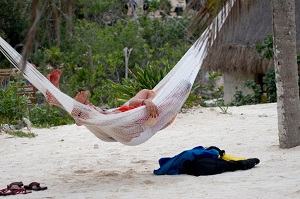 Exhibitionism is a sexual fetish in which a person feels a compulsive desire to expose his or her genitals, breasts, or buttocks to strangers. It is classified into two sub-classes:

Colloquial Use of the Term “Exhibitionism”
While exhibitionism is a sexual paraphilia, the term is more commonly used to denote anyone who enjoys being watched in a sexual context. A porn star might claim to be an exhibitionist. This variety of exhibitionism can be classified as a fetish if the person can only get sexual enjoyment through exhibitionistic behavior and if the behavior interferes with his or her daily life or threatens the well-being of others. Thus, someone who could only enjoy sex in public and who had repeatedly been arrested for having sex in public places may be characterized as having a sexual fetish.

Types of Exhibitionism
Some mental health professionals break exhibitionism down into distinct types. These include: