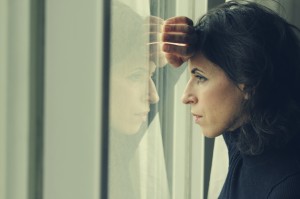 Dysphoria is a state of generalized unhappiness, restlessness, dissatisfaction, or frustration, and it can be a symptom of several mental health conditions.

Dysphoria is a psychological state that is often caused by or accompanies a mental health condition. Stress, grief, relationship difficulties, and other environmental problems can also cause dysphoria.

Nutritional deficits and health conditions can also cause dysphoria. For example, people with hypoglycemia sometimes report feelings of dysphoria, and the stress of a chronic illness can cause feelings of unhappiness and frustration, which can be considered dysphoria.

The feeling of dysphoria can be characterized by the following qualities and behaviors:

Dysphoria is the opposite of euphoria. Many mental health conditions may cause people to experience bouts of dysphoria.

While the words “dysphoria” and “dysmorphia” sound similar and are sometimes used interchangeably, each term has its own distinct meaning.

People often use dysphoria in the context of gender dysphoria. Dysphoria by itself refers to a general sense of unease and dissatisfaction (and to distress related to one’s gender identity in the case of gender dysphoria). Dysmorphia, on the other hand, refers to irregularity in the shape or size of a body part. It’s often used in the context of body dysmorphic disorder, in which an individual has a distorted body image.

Dysphoria passes normally for most people, but people experiencing long-term dysphoric states are at higher risks of suicide and are therefore encouraged to contact a therapist or other health care professional. There are treatments that can help people overcome feelings of sadness or dysphoria.

Dysphoria is not a mental health condition, so it is not officially divided into subtypes. Some mental health-related conditions associated with dysphoria, however, include the following.

Gender dysphoria, described in the Diagnostic and Statistical Manual of Mental Disorders (DSM-5) as distress often present in individuals whose gender identity differs from gender assigned at birth, replaces the diagnosis of Gender Identity Disorder (GID). GID was removed from the fifth edition of the DSM as the diagnosis was believed to contribute to pathologization of transgender and gender nonconforming individuals.

Gender dysphoria may begin to resolve when an individual transitions, or begins to live as their true gender. Transition can be described as the process through which a person aligns their physical characteristics with their gender identity. This process can often take up to several years and may involve surgery or hormone treatments, though some individuals transition without surgery and/or hormones.

People may still experience gender dysphoria during transition, especially when misgendered—when their gender is identified incorrectly—by others. Individuals experiencing gender dysphoria or conditions occurring in conjunction with or as a result of dysphoria, such as depression, may find therapy to be helpful for addressing their distress. It is important to note an ethical and qualified therapist will not attempt to encourage a person to conform to the gender assigned at birth or otherwise treat that individual’s identity as “confusion.”

Tardive dysphoria is a term used to refer to depression that becomes resistant to treatment through psychotropic medication over a long period of time. Experts are still learning what may cause tardive dysphoria to occur.

Premenstrual dysphoric disorder is similar to premenstrual syndrome, or PMS, although its symptoms are more severe. Fewer women are impacted by PMDD than by PMS. However, PMDD can cause intense depression and mood issues that may interfere with an individual’s life if left unaddressed.

How Is Dysphoria Treated?

Dysphoria is a symptom, not a stand-alone diagnosis, and people often seek mental health care for feelings of dysphoria. Psychotherapy is a common tool to treat dysphoria and works by first identifying the underlying cause or conditions of dysphoria, and then by addressing the feelings or conditions that cause it.

Depending on the severity of dysphoria and the conditions that are causing it, medication may be used in conjunction with psychotherapy. People with dysphoria may also require medical treatment if their symptoms are caused by an underlying physical health condition. Sometimes lifestyle changes, such as spending more time with family, engaging in hobbies, changing your diet, or changing routines can also help. Your therapist can help you identify positive lifestyle changes to implement in order to reduce or remove dysphoria from your life.