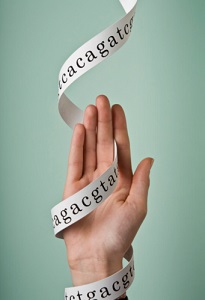 Determinism has been a philosophical position for hundreds of years. It has also been a hotly contested political issue. Although the philosophies of individual determinists may vary, determinism has typically been a conservative philosophy. For example, some biological determinists in the early 20th century argued that biological factors made black people innately less intelligent than white people. Determinism has frequently been used to uphold sexist ideas and to defend the belief that men and women are inherently different and unequal.

Numerous scientists and political organizations have criticized determinism, claiming that it is scientifically inaccurate and serves to uphold societal norms. Biologist Stephen Jay Gould wrote a famous book called The Mismeasure of Man designed to combat what he viewed as the deterministic leanings of the controversial book The Bell Curve. Gould traced the history of scientific determinism and argued that all determinist philosophies are ultimately proven incorrect.

Many scientists now argue that the nature versus nurture debate is dead and that personality is really determined by a combination of nature and nurture. They point out that no single factor can affect human development and that biological determinism is an overly simplistic philosophy. Many scientists also believe that behaviorism—which argues for the primacy of the environment—is also overly simplistic.