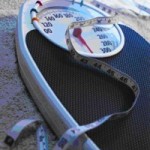 Anorexia nervosa is an eating disorder characterized by an extremely restricted caloric intake. Sufferers may rapidly lose weight, or may simply reduce their caloric intake to an unhealthy level in an attempt to lose weight. A severely distorted body image typically goes along with anorexia, and people with anorexia may genuinely view themselves as obese despite having skeletal frames.

What Are the Symptoms of Anorexia?

Anorexia often occurs alongside other mental health conditions such as depression, anxiety, and/or bulimia. Common symptoms of anorexia nervosa include the following:

The cause of anorexia is not known. However, there are several factors that increase a person’s likelihood of developing anorexia. These include:

What Is the Treatment for Anorexia?

Because anorexia can be fatal, the first step in treatment focuses on diet. Severely underweight people may be given intravenous fluids or a feeding tube. Therapy, particularly group therapy, is highly successful at treating anorexia. Many people with anorexia enter inpatient treatment facilities where they can receive support and advice from other people who also have anorexia. Medication may help during the recovery of anorexia in some cases. People with anorexia tend to be nervous and high strung, and medications designed to reduce depression, anxiety, and obsessive-compulsive tendencies may also help reduce anorexic behavior.