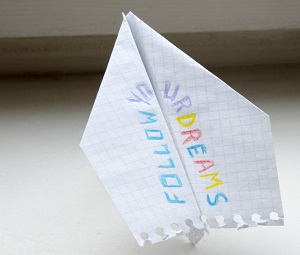 Affirmations, or carefully constructed statements and phrases, are commonly understood as a tool for positivity, though they can be either positive or negative. Affirmations we tell ourselves can have a significant impact on our life experience. Negative words and thoughts will contribute to negative emotions and experiences, while positive ones will influence positive feelings and interpretations of life.

Positive Affirmations: A Force to be Reckoned With

Imagine being forced to listen to a recording on constant repeat, for years, with the words in the recording attacking and belittling you relentlessly. How might you be feeling after, say, year five? Year 10? Year 20?

Now, picture having the power to remove that old recording, as if ejecting a disc or deleting it from your digital media library, and to replace it with a new, encouraging, and empowering one. This new recording is designed specifically for you, with the express intention of eradicating all negative, self-defeating words from your mind.

That is the power of positive affirmations.

Turning a Negative into a Positive Picture

“Every thought you think and every word you speak is an affirmation… You’re using affirmations every moment whether you know it or not.” – Louise L. Hay

Cognitive behavioral therapy is the most often recognized treatment model that implements positive affirmations in the healing process. CBT encourages people to develop positive self-talk, an approach established in the 1970s by Donald Meichenbaum that emphasizes “changing what people say to themselves, both internally and out loud” (Fundukian 2011).

For example, say an individual has grown accustomed to thinking “I am a failure” in response to situations in which he or she falls short of a desired outcome. This thought would then self-perpetuate, thereby resulting in ongoing failures in many aspects of life. This is because simply believing oneself to be a failure removes the expectation or even the remote possibility that perhaps, with enough concentrated effort, that same individual who perceives him or herself as failing incessantly may actually be capable of achieving success.

In order for positive affirmations to be effective, however, repetition is key. Ideally, the affirmations will be read and/or spoken aloud several times throughout a given day, or intensively at a certain point in the day, until they become automatic thoughts. The ultimate goal is for these positive automatic thoughts to beat out the preexisting negative ones. Eventually, the positive thoughts will transform the individual’s cognitive sphere into a safe and pleasant source of strength and support.

If you grew up watching Saturday Night Live (SNL) and are over the age of 20, then you are most likely familiar with the positive affirmations shared by Al Franken’s super-smiley, blonde-haired character in the “Daily Affirmations with Stuart Smalley” skits that began airing in 1991. Dressed in a bright yellow button-down shirt and a hand-knit sweater, Smalley emanates endless positivity (at least on the surface) while addressing his on-screen guests and at-home listeners. The skits vary in subject matter, but each one includes a scene where Smalley speaks the words quoted above while looking at himself in the mirror as part of his personal daily affirmations.

Being, by nature, a comedy skit, Smalley’s recurring spots on the show, though delightfully entertaining, may have spread the idea that positive affirmations are not to be taken seriously. Or at least, not when they are spoken repeatedly and emphatically by a sketch comedian on SNL. But even Al Franken later admitted that Stuart Smalley’s character, who was not a licensed counselor but rather a proud member of several 12-step groups, was inspired by attending Al-Anon meetings, a group that is known for its use of positive affirmations in recovery (Longsdorf 1995).

The reality is that in psychotherapy, positive affirmations are a useful and highly effective tool for replacing the often deeply ingrained negative thought patterns circling through the minds of those experiencing the symptoms of a wide range of mental health conditions. Depression and anxiety, along with any condition that involves distorted views of the self, can all be treated by incorporating positive affirmations into the therapeutic process.