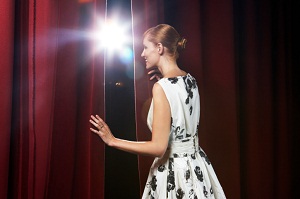 I have been incorporating psychodrama into my therapy sessions for the past twenty-one years. I utilize it primarily in group sessions but there are some helpful applications in individual sessions as well. Psychodrama can be defined as follows: a method of group psychotherapy in which participants take roles in improvisational dramatizations of emotionally charged life situations. The extemporized dramatization is designed to afford catharsis and social relearning for one or more of the participants from whose life history the plot is abstracted.

The following is a general overview of the general purpose and typical structure of psychodrama. In this powerful therapeutic technique, clients more or less spontaneously dramatize their personal trauma before an audience of fellow group members and their therapist. Some of the group members are chosen to participate in the dramatization. The lead therapist functions in the role of director, and encourages and supports participants to project as much as possible into their roles. He or she also occasionally modifies the parts of the players. The subject matter of the drama is typically an emotionally charged traumatic event common to the group participants or more specifically from the client’s life experiences.

The desired goal of psychodrama is to help the client gain some emotional release and control over existential anxiety that is provoked in similar situations or triggers in their present life. They also learn new, healthier ways to respond to their emotional triggers in the future. Sometimes the therapist will have an auxiliary character switch roles with the protagonist, so that the participant(s) may observe and react to themselves as others see them. All dramatizations are followed by discussion between participants and therapists.

I will now unpack some of what has been presented. In clinical vernacular, psychodrama can be conceptualized as a process of externalizing the internalized processes of the primary participant. One person is thus chosen to share their traumatic events with the group. It is important for the therapist to consider possible time frames for the ensuing work. Because closure is so imperative when doing deeper psychodynamic work, it is important to err in the direction of having time left over rather than running out of time. This is one of the reasons that my groups typically are scheduled to run for three hours. In working with trauma victims I personally commit to staying over if and when someone’s process is not complete.

Once chosen to do work, the client then provides information to their group about who the primary people were that were involved in the dynamics of the trauma in their lives. The client is then asked to intuitively choose people to play the various roles that are discussed. Group members can then agree or choose not to play the requested role. Most group members will agree to attempt the role assigned, as they realize the potential opportunity to help the participant heal and get free from their past trauma. Occasionally a requested role closely resembles a similar event in the group member’s past and they are not comfortable in playing that particular role at the present time. Since groups are carefully screened in advance and most have been working groups for a period of time, it is understood by all group members that they are empowered to speak up about their needs in regard to whether they play the role or not. Since most things that happen in therapy are to some extent a projection of inner dynamics, it becomes noteworthy as to who is asked to participate. I will elaborate more on that next month.

© Copyright 2010 by Bill Mason. All Rights Reserved. Permission to publish granted to GoodTherapy.org.