Prequel to Anger: How Fury Comes On Fast 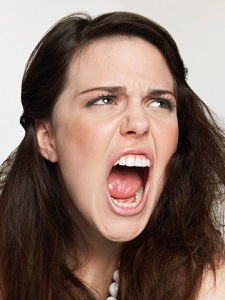 I find it amusing when I hear someone say, “I never get angry.” Why? Because, in truth, we all get angry from time to time. Anger is a normal feeling. It is not bad to be angry as some people may believe; it is just what we do with our anger that can produce positive or negative results.

A person on the verge of anger experiences a rush of neurotransmitters and hormones in the brain, signaling a response similar to the fight or flight response. The resulting burst of energy and rush of adrenaline increase the body’s heart rate and blood pressure, causing a flush of heat, increased agitation, and loss of clear thought as focus narrows.

When we’re flooded with stress hormones and our heart rates increase, our sweat glands go into overdrive, respiration speeds up, and we may lose our ability to have calming thoughts. You may have noticed that when people become angry they almost stutter to get the words out, or they may relay information incorrectly. When this happens, the person on the receiving end of the anger might assume the angry person is lying and choose to react based on that assumption. I’ll tell you though, in that moment of anger, as the thinking process is overwhelmed, the details might not be as clear as they might be when the person feels calmer.

The anger process occurs very quickly, and it can feel overwhelming. The sudden shift toward anger can come as a surprise, and you might think to yourself, “How can I be this upset?” as anger pours from your lips and alters your expressions. While this instantaneous shift to anger can feel surprising, I know how much anger and pain might exist in the body already, lying in wait to leak out. I fear most of us carry hurt inside us from the past. I am referring not only to abuse we may have suffered, but also to events that resulted in unsatisfactory outcomes. For example, the disappointment associated in childhood with receiving a lesser birthday gift than your sibling’s, or the frustration at not being awarded the grade you think you deserved in a class, or the aggravation resulting from the look someone gave you can linger for years. We may dwell on these experiences over and over.

Certainly, the larger the concern, the more likely it is that pain dwells there. Experiencing some type of abuse in our lives is sure to involve a lot of pain. Left unaddressed, repressed sadness may surface as anger later on. I look at our lives as an exploration where we go through life with carrying a backpack. Painful experiences, even small ones, are like rocks that we may put into the packs. Imagine the burden of continuing through life with more and more unresolved events weighing us down.

When people come to me for treatment with anger as their primary concern, I look not only at what is happening now, but also at the painful and traumatizing events in their lifetime to examine how these issues may be related to today’s anger. Because while I love the concept of “forgive and forget,” healing is not that simple, especially if we do not address our pain, anger, or sadness.

© Copyright 2010 by Stuart A. Kaplowitz, MFT, therapist in Chino, California. All Rights Reserved. Permission to publish granted to GoodTherapy.org.