Predictable Brain Cycles May Be Linked to Epileptic Seizures 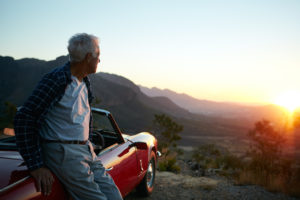 Long-term brain cycles may influence epileptic seizures, according to a study published in Nature Communications. Scientists hope they will eventually be able to predict seizures in people with epilepsy based on patterns of brain activity.

According to data from the implant, the brain follows long cycles of around 20 to 30 days. Certain forms of electrical activity, dubbed “brain irritability,” rise and fall with these cycles. The implants showed seizures are more prevalent during rising periods of brain irritability.

The brain cycles varied between study participants, but they remained stable in individuals, sometimes for years. These results suggest people with epilepsy may have highly predictable patterns of brain activity. It also explains why people tend to experience seizures around the same time of day.

The study’s authors argue one of the most significant challenges of this chronic condition is the unpredictable nature of seizures. People may fear having a seizure in the car or in public. They may have difficulty with daily tasks due to constant anxiety.

Researchers hope this new data will help reduce this unpredictability. One day it may be possible to tailor epilepsy treatments to individual brain patterns. People with epilepsy could alter medication doses to reduce the risk of seizures. They could also avoid risky activities like swimming during parts of their cycle but choose to participate at times of low risk.

Researchers are uncovering a strong link between epilepsy and mental health. New York University’s Langone Medical Center reports that about half of people with uncontrolled epilepsy also experience depression. A 2015 study found a link between ADHD and epilepsy. Research published in 2017 found stress may be a trigger for epileptic seizures.