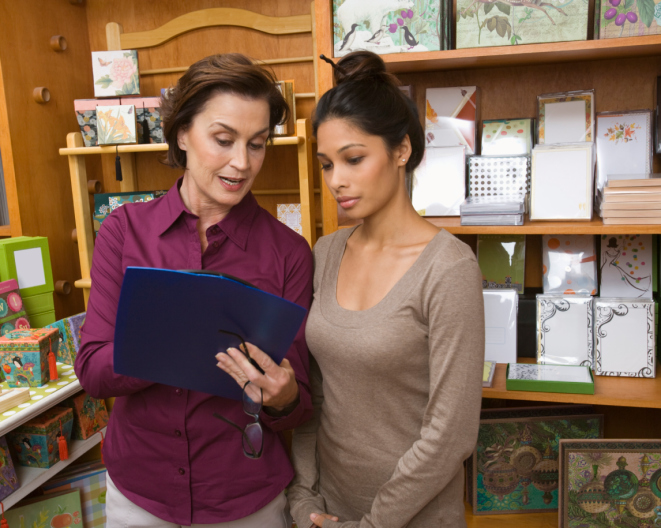 “I feel like I am not listened to and that what I say doesn’t count.” “I feel humiliated for speaking up.” “I’m afraid of losing my job if I am critical.” “I’m expected to take care of things that are not my responsibility.” “I feel used and taken advantage of.” “My supervisor can’t change. It’s just the way it is, and I have to accept it.” “It’s hopeless! I’ve tried, and nothing changes.” “Every time I do the right thing, it feels like I get punished.” “I can’t believe my boss doesn’t get how we feel about him and what kind of harm he’s causing.” “My therapist says she wants all kinds of feedback, but when I give her negative feedback, she just turns it around on me.” “My feelings and opinions just aren’t taken seriously.” “It’s just not safe.” “It’s really unjust, but it is more peaceful to just let it go.” “I feel like it is just hopeless to have an effect, so I don’t invest myself.” “I can’t believe it. She just said no. And she’s my friend.” “He’s always too busy.” “There’s no acknowledgement, no follow-up from what I say.” “She must be right.”

These are feelings and experiences frequently expressed by people when they are in what I call a down-power role. People in therapy, students, supervisees, employees, medical patients, and parishioners, among others, are in roles with less power and influence than their up-power therapists, teachers, supervisors, employers, doctors, and clergy. This greater power is an automatic accompaniment to professional or positional power and, in fact, is embedded in the up-power role. Role power is earned or assigned. Role power is an add-on to the personal power we all have and need in our lives. Think of it like a scarf or mantle of additional power and responsibility that one puts on when one is in an up-power role.

Often without recognizing it, we may move between up- and down-power roles multiple times in a day. At the dentist, we are down-power. As a teacher, we are up-power. With a police officer, we are down-power. This power difference, although it has vital functional and emotional value, creates relational dynamics that, when misused, are reflected in the italicized statements above.

Therapist, supervisor, teacher, director, clergy, doctor, police officer: these are the positional power roles that carry an especially strong power difference. The stronger the power difference, the greater the vulnerability and risk for those who are down-power. The strength of the power differential is directly related to the amount of risk.

I use the terminology up-power roles and down-power positions because they are simply directional words, not necessarily evaluative words. By the way, there are other up-power roles in which the power difference is not very great (although still present), or the power difference is temporary—waiter in a restaurant, committee chair, lecturer. Virtually all jobs have some up-power responsibilities for assessment and final decision-making.

The power-differential effects that I want to describe are the relational dynamics that are most potent in high-difference roles, such as teacher, therapist, clergy, supervisor, and director. This information may be useful to you when you are in a challenging down-power position and want to have some positive influence but not get hurt or feel put down. It may also be useful when you are in an up-power role and things aren’t smooth, or you’re getting a lot of pushback, shutdown, passivity, or anger. Reviewing these dynamics can help you make self-corrections that can shift the relationship for the better.

The dynamics are as follows:

Without understanding the difference between role power and personal power (and also status power), it is easy and natural to think of role power as if it were personal power. As a therapist, it is not healthy to take a person’s suffering home. Better to leave it at the office. As an airline pilot, it is not healthy to treat your partner and children as if they were staff or passengers under your command.

There are also ways in which people get stuck in an up-power role even when they have taken off their role mantel. A member of the clergy, for example, may not be able to go to a meeting without being expected to hold up-power role responsibilities. We are generally unaware of how frequently we change from up-power roles to down-power positions.

In the relationship between up-power and down-power, it is acceptable and a responsibility of the up-power role to give feedback—both positive and challenging. For those in a down-power position, it is fine to give positive feedback, but it can be risky to give negative feedback or even suggestions for what would work better. Challenging feedback can be met with humiliation, putdown, demotion, or even loss of a job.

On a day-to-day basis, this attitude means the person in the up-power role needs to be 50% more active in tracking for and resolving working-relationship problems and issues, earning trust, holding the big picture, demonstrating listening and responding to feedback (especially challenging feedback), attending to safety, and being fair and respectful. This is a tall order, but it is part of using role power wisely and well.

The socially dominant concept of power as force, exploitation, and manipulation often leads people in up-power roles to disown, deny, or downplay their increased power and influence by virtue of their role. This power blindness causes much harm, albeit harm that is subtle, confusing, and difficult to address.

Power blindness is particularly a problem for people in the helping professions: teachers, supervisors, therapists, and clergy, all of whom are often trying to help people heal from the wounds of power abuse and thus should be particularly sensitive to misuses of power. They don’t want to cause harm, yet they frequently fail to understand how their up-power roles heighten their influence, just as turning up the volume on the television increases the sound.

The core of “right use of power” is the ability to stay connected. Staying connected involves standing in your strength while staying in your heart. Both strength and compassion are necessary aspects of power.

When in a down-power position, you can be wiser and less victimized by misuses of power. When you are in an up-power role, you can be more sensitive and responsive to your impact.

Many shadow aspects can interfere with a leader’s ability and even interest in staying in a relationship. Here are two of them: social distance and the ability to take action without interference. Both of these conditions have leadership value. Social distance helps give a leader a view of the whole person or organization that is essential for good care and decision-making. The ability to take action without interference allows the leader to take charge and make difficult decisions that move things along and are for the good of the whole even though not everyone affected agrees. However, in seeing the forest, one’s connection to individual trees can get lost or distorted. Compassion is lost when individuals become cogs in the wheel of progress and financial success.

An unfortunate but natural result of being able to take action without interference is that leaders begin to be more impulsive, more self-oriented, and less respectful in their relationships. Helping professionals and leaders need to understand this dynamic in order to be alert to ways they may unconsciously be losing compassion and connection.

It might be interesting now to go back to the beginning of this article and look at the statements. Can you relate each statement to one or more of the relational dynamics described? Do you have personal experiences with any of these role-power issues? To repeat, understanding and working with these relational dynamics may be empowering, whatever role you are in. When in a down-power position, you can be wiser and less victimized by misuses of power. When you are in an up-power role, you can be more sensitive and responsive to your impact. Staying connected is key. Maybe it’s not so hopeless, after all.