Positive Parenting: How Discipline Fits In 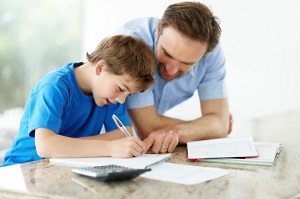 Parenting is not a role we play, it is a relationship process. The more we can get our heads and hearts around that idea, the more we can decide how we want to treat our children as we raise them. We must first think about what long-range goals we have for them, rather than just what works for the moment. Hitting them, for example, might stop a behavior at a specific moment, but does not teach self-control or self-discipline, which are attributes everyone wants to instill in their children.

It is important to separate your children from their behavior and make sure you give those expressions of love to the child while not condoning misbehavior. Don’t wait until they’ve done something that pleases you to hug them and say, “I love you.” Hug them because they are who they are. That is what is meant by unconditional love—to love someone because they exist, not because they perform in a certain way. I heard one person say that when we are loved with conditions, we become human doings, rather than human beings.

When we discipline children, we often shame and guilt them rather than set boundaries on their behavior. Our words cause confrontation rather than encourage cooperation. Some parents belittle and berate children when they are just acting their age. The paradox is that the more we criticize them, the more we create the personality characteristics that annoy us. It is good to ask ourselves if what we are about to say to our children we would also say to someone else’s. And to ask ourselves, “If I talk to my friends the way I talk to my children, how many friends would I have left?” The answer to that question can be a wake-up call as to how we relate to our children.

What is discipline? The root word is disciple, which means to teach or to train, is an educative model rather than a punitive one. Teaching and training in a respectful manner maintains the relationship with the child while setting limits and guarding self-esteem. Role models—that is what we should be to our children. We can’t expect them to be better than we are. We must model respect and then insist upon it from them. Notice I didn’t say demand respect. I don’t buy into the old adage that some of us were raised with that said, “Don’t do what I do, do what I say.” Neither do I believe that children should be allowed to run wild and rule the family. Where is the balance? The balance is in adults who behave like adults and model respect, set clear limits, and give lots of love.

Now for something practical: Jane Nelsen in her book Positive Discipline talks about the phrase as soon as. A nonthreatening motivator, this phrase is particularly effective when you want your child to do something she doesn’t want to do. “As soon as you pick up your toys, we can read a story.” “As soon as you are dressed we can go to the park.” “As soon as your room is clean we can go to the mall.” It is “said in a tone of voice that indicates you will withdraw from the situation until the requirements are met. You should then become unconcerned and let the child experience the consequences of his or her choice. If you do not become unconcerned, it will become a power contest no matter what words you use,” says Nelsen.

When used in a similar context can have the same effect: “When all the homework is done, then you can watch your hour of TV.” Even young children who have inaccurate perceptions of time can understand the sequence of “as soon as” or “when . . ., then . . .” This is a way to turn a potential power struggle into a cooperative effort.

When giving a directive to your child, sound like you mean it. Don’t ask them to please do something. Make a clear statement, say, “Clean up the toys. I want you to come inside for dinner now.”

© Copyright 2010 by Jackie Pearson. All Rights Reserved. Permission to publish granted to GoodTherapy.org.