Being Open About Polyamory 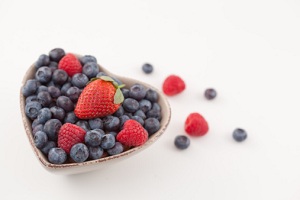 Most of the couples who walk into my office are monogamous, or at least aspire to have a one-on-one relationship. But some people believe that wedding vows or other exclusive agreements heap a host of unrealistic expectations on marriage.

“Open marriage” has become a term of the past—now such people usually refer to their preference for “polyamory,” meaning “many loves.” Coined in the early 1990s, “polyamory,” or “poly” for short, provides a way for those who choose to have more than one lover to identify their lifestyle.

This may seem a long way from most people’s lives, but my local bookstore owner confirms that Catherine Liszt’s book on polyamory, Ethical Slut: A Guide to Infinite Sexual Possibilities, continues to sell, even in my relatively conservative neck of the woods!

Definitions of Polyamory
In my 30 years as a licensed therapist, I’ve had the opportunity to meet and counsel quite a few poly folk. Before the internet, they would read articles I wrote and contact me based on my relatively (compared with most marriage therapists) progressive views about relationships and the different forms it can take. Now they usually come through a website called Kink Aware Professionals, which lists therapists nationwide who have experience and expertise with the alternative forms that relationships sometimes take.

But what about the TV series Big Love, about a middle-aged Latter Day Saint man who has several wives? (Forgive me if I’m wrong about the details—I watched one episode on a Netflix rental, since we don’t have cable.) Surely, someone asked me recently, people like these Mormons would not be considered “kinky?”

That of course, depends on your definition of “kink.” Advocates of polyamory would not see it that way at all. In 1973, Nena and George O’Neil, a pair of married anthropologists, published the classic Open Marriage: A New Life Style for Couples. In this book they critique the “outward manifestation of the clause in the closed marriage contract that calls for the two partners to be all things to one another, to fulfill all of one another’s needs—emotional, psychological, intellectual and physical,” which they call “couple-front.”

They disparage traditional marriages as “inward looking relationships…a type of bondage that requires husband and wife to turn off the outside world, and to turn on only to one another.” Perhaps this sounds even more extreme now than it did in 1973, when those of us old enough to remember were just emerging from the swinging and free-love sixties.

Different Forms of Polyamorous Relationships
New Jersey polyamorist John Wise has written about his 25-year open marriage to psychotherapist Nan Wise in the British magazine Eve. “The biggest misconception is that polyamory equals sexual promiscuity,” he says, but claims that this is not an aspect of their relationship. He explains that they frequently spend the night with other lovers, but they aren’t deceiving one another. They’re open about these extramarital sexual liaisons, and “our relationship remains full and satisfying.”

John and Nan Wise are in a primary-plus polyamorous relationship: their first commitment is to each other, but each has secondary relationships outside the marriage. This particular form of polyamory, has, in my clinical experience, been the type of arrangement that has the best chance of enduring, although I’m not sure why.

In the 2002 edition of The Electronic Journal of Human Sexuality, my colleague Joy Davidson describes other forms of romantic arrangements that she has found working with polyamorous clients in the clinical setting. These include triads (three people in a committed relationship), individuals with multiple primary relationships, or group marriages where three or more people form a closely knit, intimate relationship system that is sexually exclusive within the group.

Perhaps the most challenging form that I have encountered is attempts by a  married couple to “swing,” while steering clear of deep infatuations that are viewed as threatening to the twosome. More than once I’ve seen these attempts break down when one person “falls in love” and declines to communicate with the primary partner about their true feelings.

The Benefits and Challenges of Polyamory
As Nan Wise points out, “It’s not a simple way to live. It’s for people who are very people-oriented and who love complexity.” A successful polyamorous relationship often involves more talk than sex, and jealousy remains a challenge for most polys. Wise does not recommend people try polyamory. “It’s a problem-creating lifestyle…[that] most people will not feel comfortable in.”

My advice? Don’t try this at home, unless of course you are sure this is the best and most life-giving way for you to live—in which case I hope you and your loved ones have a wonderful time! If you’re not sure, find a trusted counselor to talk it over with so you can make wise decisions.