Pleasing Others to Escape the Bad Person Feeling 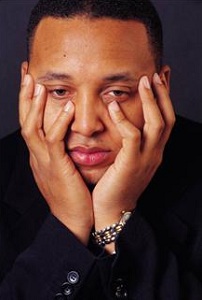 Bad person feelings typically develop early in life. Although it may not be intended, children can get the message that it isn’t simply what they do or think or feel that is bad, but that they themselves are bad.  When these feelings are communicated, verbally or nonverbally, children soon learn to avoid them by working very hard to please and not disappoint parents. They may try so hard to be good (i.e., to be the child the parent expects), that they have little room to develop their own unique selves.

The Experience of “I Am a Bad Person”
When parents yell at their children or verbally or physically abuse them, we can imagine that this might frighten, shame, humiliate, or terrify a child.  But parents can also respond in more subtle ways that can damage a child. When a parent expresses hurt or disappointment by a sigh, a look, crying, head shaking, or leaving the room, the impact can be devastating: “How can I have done this to my parent? I must be a terrible person.” When the parent’s displeasure is expressed as hurt, it is especially difficult for the child to mobilize a strong sense of self and fight back.  The parent’s hurt is evidence that the child is a bad person. It then feels necessary to always please others and behave in ways to avoid the “I am a bad person” feeling.

People Pleasing
In my practice of psychotherapy, I frequently work with patients who have a strong desire to please. They often come to therapy when they find that their anxiety about pleasing others is having a serious impact on their lives.  Worry and rumination about whether or not someone “likes me” characterize most relationships.  Their concern is not only about the feelings of significant others; coworkers and casual acquaintances can create as much worry about being liked as a parent, spouse, or boss.
The focus on pleasing others interferes with developing the ability to consider what would be pleasing to oneself.  Alan came to therapy struggling with what to do with his life. At the age of 29 he wasn’t sure how much he really liked the woman he was dating. He felt he couldn’t trust his feelings. He also had doubts about his job and couldn’t figure out if he was being realistic in what he wanted. He reported that he was tired of trying to keep his girlfriend and his boss happy.  He wasn’t comfortable telling them what wasn’t working for him and he worried that he was too demanding. As is typical with people pleasers, he frequently second guessed himself and questioned what his true feelings were.  Alan spent so much time avoiding displeasing others that he hadn’t developed a sense of who he was, what he wanted, and how to get it.

Disappointment
When struggling with bad person feelings, experiences of disappointing and being a disappointment are prominent. My patient Diane often described how she felt a pit in her stomach or on the verge of tears when she thought she disappointed someone. But what was totally intolerable was when she felt she was a disappointment. She recalled that her mom would look sad and hurt and shake her head when Diane refused to wear what mom had chosen for her. She told me that it wasn’t simply that she felt that her behavior had hurt and disappointed her mother. Tearing up, she said “I felt that I am a disappointment and it felt like that defined my very essence.”
Diane also would become very anxious when she felt that someone disappointed her. She felt she had no right to such feelings and believed she was wrong or exaggerating if she allowed herself to feel that way. She told me “If I let my husband know some of the things that trouble and disappoint me in our relationship, I will hurt his feelings. Then I will feel terrible, that I am a bad person.”  What Diane described is her fear of asserting herself:  someone could get hurt and this will be proof of her badness.

The Tenacity of the Bad Person Feeling
Both Alan and Diane were overly attentive to pleasing others, not disappointing, and protecting themselves from bad person feelings. Both found it difficult and dangerous to please themselves, believing that if they focused on their own needs, they would create hurt and disappointment in others. Both worked to maintain a positive self-image by vigilantly trying to be sure that they never were experienced as having negative impact.
For people who struggle with bad person feelings, the most important goal in relationships is not so much to be related to with positive regard as to avoid negative regard. As a result, whatever positive regard is directed toward people pleasers tends not to be taken seriously.  Alan explained: “I know I bend over backwards to make sure no one is upset or angry or displeased with me. So when people like me, deep down I don’t give it much credence. Sometimes I think I am always acting.”  The point here is that the bad person feelings continue to define the person and are not easily changed by experiences of positive regard from others.

Changing the Bad Person Feeling
The bad person feeling typically digs its claws into the internal life of those who suffer with it.  It feels real, inevitable, and a fundamental part of “who I am.” The feeling defines how one thinks about the self and typically was developed through early relationships with significant others.  As one develops, many relationships mirror the dynamics of the parent-child relationship where the aim is to avoid hurting the other and to not feel like the bad person. Reflecting on these feelings, it is not so easy to consider that a parent, even without intention, was involved in the development of these terrible feelings. If that were to be accepted, it would mean accepting that I am the hurt one. This perspective turns the way the world has been understood upside down. With such a radical shift in thinking needed, how can these feelings be diminished?
You have to be willing to consider alternative ways of thinking about your early experience. Thoughts that once made sense have to be reflected on and reconsidered.  Even if at first, you can’t emotionally accept a new way of thinking, it is important to start by logically considering what you believe about your experiences, perceptions, and feelings. It will be important to become aware of how many of your relationships mirror the anxieties you felt (and feel) with your parents.
Objectively, you may be able to consider that children do no wrong even if a parent feels hurt when they have independent thoughts or don’t do as the parent asks. Can you apply this thought to yourself?  Can you become aware and intellectually accept that as humans in relationships, we all hurt those we love in unintended ways and that this does not make us bad people? Coming up with new ways of thinking about old assumptions is an important beginning in changing bad person feelings. However, it is not enough. To accomplish a change in your definition of self, from the bad person who is a disappointment to a good enough person who doesn’t always please and can disappoint from time to time, requires an emotional shift internally. Therapy is one means of facilitating this shift. Another means is to gradually use your rational thoughts to urge yourself to risk responding honestly.  By this I mean, it becomes necessary to first remind yourself “Yes, I am human and it is okay to express my own unique thoughts even if they are different. I know someone could respond negatively but this doesn’t mean I have done something wrong.”
This takes time. As you repeatedly risk the possibility of making a negative impact by asserting your separate thoughts and feelings, your tolerance for anxiety, risk taking, and bad person feelings will increase. You need to be able to gradually tolerate situations where you do hurt someone. The goal is to increase the experience of being yourself in relationships and learn that typically, you will not hurt the other by being a separate, individuated self. This lesson is crucial.  Most important is the emotional registering of the other person maintaining their acceptance, love, and admiration for you, even when they feel you have hurt, disappointed, or made them angry. This is the emotional experience that will finally lead to change. The end result is that your tolerance for the other’s feelings of anger, hurt, or disappointment are increased and the bad person feelings are diminished.

Related articles:
The Fear of Hurting the Other and the Inhibition of Self
The Price Paid for Being the Perfect Child
Getting to Know (and Esteem) Yourself