Phobias and Anxiety: a Match Made in Nightmares 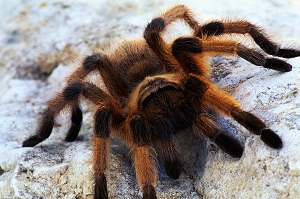 Phobias and avoidant behaviors are often a byproduct of panic attacks and high anxiety states. For example, if you have a panic attack while driving in traffic, you may want to avoid driving in traffic in the future. The two situations have become linked in your mind and just thinking about doing it can bring on some anxiety.

When this becomes an ongoing problem it is termed “agoraphobia,” which is defined as the “fear of fear.” You really aren’t fearful of driving in traffic; the fear is of the anxiety or panic that is triggered in that situation. Another type of phobia is social phobia, which is about the fear of embarrassment or humiliation if someone or a group of people becomes aware of your anxiety. The avoidance is to situations where this can happen, e.g., parties, meeting new people, speaking in front of a group. The third type of phobia is more specific to a situation or place and usually the result of a traumatic event: a child who is bitten by a spider, getting stuck in an elevator, or worse, being a victim of a crime such as an assault or rape. Also, certain obsessive-compulsive thoughts and rituals have avoidance components such as avoiding certain foods or places because of the fear of a negative consequence, even though it does not have much reality.

Overcoming any of these phobic reactions involves confronting the feared situation repeatedly until the mind is desensitized and the anxiety reaction lessens or is completely gone. This type of work takes motivation and repetition. On occasion, phobias may diminish spontaneously as anxiety is reduced.

There are several methods for overcoming phobic avoidance. The first and most frequently used is “systemic desensitization,” otherwise known as taking baby steps into confronting the feared situation. The anxious driver might start by driving one block or one minute in heavy traffic. While doing this, he or she would breathe consciously when anxious and repeat supportive self-statements (“I will be OK”). When driving one block becomes easy, the person starts driving longer distances.

For social phobia, the step-by-step process requires a little more planning since other people are part of the anxious scenario. The socially anxious person might start by going to a party for a short time, or giving a short presentation. Sometimes it is more effective to take the risk of letting others know of the anxiety and confronting the feelings that may evoke.

The second widely used and effective technique is called “flooding” or “implosion,” sometimes known as jumping into the deep end of the pool (instead of small steps into the shallow end). Here, the person immerses himself or herself completely into the feared situation, the anxiety rises, and the person stays until the anxiety comes down. This way, one learns he or she can survive the situation. This usually needs to be repeated a few times until the situation loses its grip of fear. I would not recommend this technique to those who have medical conditions that would be exacerbated by high anxiety states. When using this method, it is often helpful to have a supportive person with you who understands the process you are going through and is there to remind you that you can do this. When in a state of high anxiety, the rational part of the brain is overtaken by the anxiety.

Both of these techniques work more smoothly when the person has had some training in anxiety-reduction techniques. This is where breathing techniques, meditation, progressive muscle relaxation, hypnosis, or guided imagery are useful tools for learning to calm an easily aroused nervous system. Some people find medication that reduces anxiety also helpful.

Phobias can be overcome with the combination of treatment methods that work best for you plus the courage and motivation to confront your fears. The sense of empowerment one feels when overcoming a phobia makes it a worthwhile endeavor.

© Copyright 2010 by By Evelyn Goodman, Psy.D, LMFT. All Rights Reserved. Permission to publish granted to GoodTherapy.org.