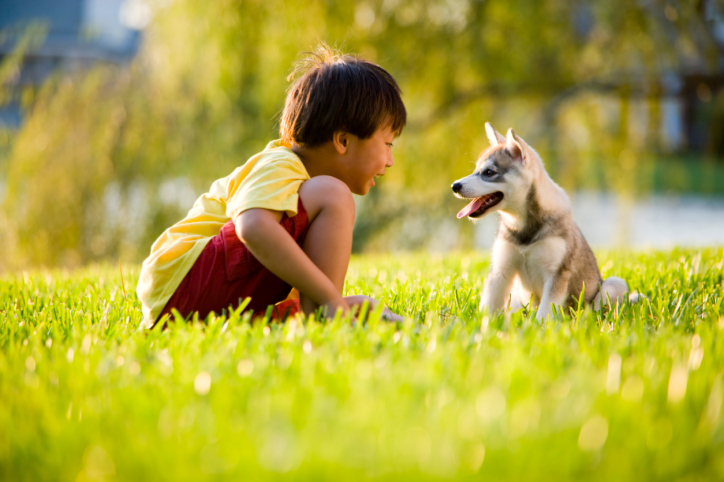 American families love their pets. “With over 77 million dogs and 93 million cats in the United States alone (62% of U.S. households own a pet, with spending exceeding $45 billion annually), it is clear that pets are both ubiquitous and important entities,” said Allen R. McConnell of Miami University and lead author of a study examining the psychological benefits of pet ownership. “Moreover, it is commonly assumed that pets can play a significant social role in people’s lives.”

Often people are encouraged to get a pet after experiencing the death of a loved one. Older adults who find themselves isolated might consider the companionship a pet can provide. Research has shown that heart attack survivors live longer if they own a pet, and one study suggested that men with HIV who owned pets experienced less depression than their non-pet-owning counterparts. “However, it is an open question as to whether pets provide social support for people in general,” said McConnell.

In an effort to determine if pets actually provide social support and improve psychological and physical well-being, McConnell and his colleagues interviewed 217 pet owners and people without pets over a two week period. The participants completed surveys over the computer and answered questions relating to happiness, exercise, loneliness, depression, and self-esteem. The team found that the pet owners engaged in more exercise and enjoyed higher levels of physical fitness than people who did not have pets. Additionally, the pet owners also cited higher levels of self-esteem and lower levels of loneliness.

“Overall, pet owners were more conscientious and more extroverted than non-owners,” said the team. They added, “In summary, the present work presents considerable evidence that pets benefit the lives of their owners, both psychologically and physically, by serving as an important source of social support. Given our increasing understanding of the consequences of loneliness and social connection and how social support plays a critical role in stress, illness, and even mortality, identifying when and how pets serve owners’ social needs is important.”

© Copyright 2011 by By John Smith. All Rights Reserved. Permission to publish granted to GoodTherapy.org.