Peter Pan Syndrome: When Adults Refuse to Grow Up 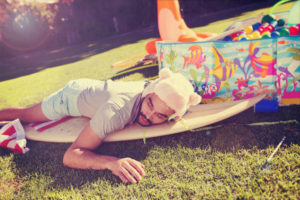 In Peter Pan, the eponymous protagonist occupies a mythical placed called Never-Never Land, where children never grow up. While people with Peter Pan syndrome can and do become adults, they are stubbornly resistant to taking on the responsibilities of adulthood and adopting social norms associated with growing older.

Peter Pan syndrome, which is sometimes called failure to launch, is not a clinical diagnosis. Indeed, it may apply to a wide range of people and symptoms, from the 40-year-old woman who chooses not to work and instead lives with her mother, to the 30-year-old man who keeps having children for whom he provides little support.

Therapy can help people who feel uncomfortable growing up understand the root of their difficulties. With patience and hard work, they can transition toward happy adulthood and establish lasting relationships.

What is Peter Pan Syndrome?

Psychologist Dan Kiley coined the term Peter Pan syndrome in his 1983 book, Peter Pan Syndrome: Men Who Have Never Grown Up. Kiley worked with troubled teenage boys. He found that many grew into adult men who struggled to accept adult responsibilities.

Kiley claimed the refusal to grow up is a primarily male affliction. He also believed women who “mother” their male partners—a complex he dubbed the Wendy dilemma—may enable these men to continue avoiding adult responsibilities. While both men and women can refuse to grow up, most literature on Peter Pan syndrome continues to focus on men.

Having “childish” interests—such as dolls or comic books—does not cause Peter Pan syndrome. Instead, this syndrome is about a refusal to take on responsibility and form reciprocal relationships.

What Maturity Means in a Cultural Context

The meaning of adulthood and maturity varies significantly across cultures. In some cultures, people live with their families for a lifetime and show their adulthood by marrying or having children.  In others, the hallmark of adulthood is the ability to live independently and away from one’s parents. Yet other cultures would consider living separately from one’s parents a sign of abandoning one’s duties to their family. In other words, the hallmark of this syndrome is not necessarily any single symptom, but instead a failure to adopt common norms of adulthood.

Some young people who appear to have Peter Pan syndrome may simply be taking longer to grow up due to forces outside their control.That said, the inability to leave home or find a spouse is not always proof that someone has Peter Pan syndrome. A person with a serious mobility impairment may need help from a caregiver to tend to daily tasks. The same level of help for someone who is not disabled would be inappropriate.

Complex sociological and economic factors can also delay when an individual reaches certain milestones. A 2013 people found young Americans are becoming financially independent at later ages than previous generations did. This is due in part to a shifting job market, increasing costs of education, rising rent prices, and many other factors. Financial dependency can in turn affect other milestones such as finding a spouse.

Some young people who appear to have Peter Pan syndrome may simply be taking longer to grow up due to forces outside their control. Financial status alone does not determine one’s maturity. Rather, adulthood is shown through a person’s willingness to work toward milestones and take responsibility for their actions.

In many cases, an individual’s failure to grow up harms the people around them. The individual’s partner may feel overwhelmed and exhausted by taking on all household responsibilities. The person’s parents may take money from their retirement savings to continue providing material support.

Family therapy or couples counseling can help an entire family understand their current dynamic. In therapy, they can address their own contributions and work toward healthier, more balanced relationships.

In individual counseling, a therapist can help a person understand their reluctance to grow up, tackle underlying factors such as trauma, and make a plan for transitioning to adulthood. Getting a job, forming a relationship, and becoming independent can feel like monumental tasks. The right therapist can break these tasks down into manageable steps, helping a person steadily improve their life.