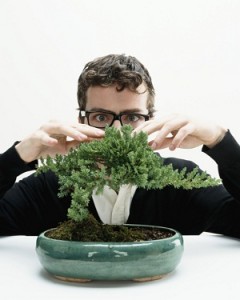 I have been trying to finish a blog post on perfectionism for a month and a half now. Trouble is, it is never good enough.

This is one of the salient features of perfectionism, a disease that many of us struggle with in isolation. If we look around, we might notice that we are not alone in this suffering, but one feature of this dreaded disorder is a peculiar kind of narcissism that insists we are the only ones, or at least the worst one.

The call of the wild perfectionist goes something like this: What will they think? Wait, I just need to tweak it a little more. You know, if you just do it like this…

Perfectionists drive themselves and others crazy. We stop ourselves from completing things, maybe even from starting them, because they are not good enough. We berate ourselves without mercy for the slightest infraction (How could I not know her favorite color was burgundy? How could I buy her that green scarf instead? What was I thinking? She’ll never think of me as her friend again!).

We come across as critical to those around us, even as we frame it as being “helpful.” I had to have a long talk with a dear friend once about her micromanaging tendencies. The last straw was when she stood behind me (perfectionists tend to stand behind others and look over their shoulders, giving helpful advice, even though nobody on the entire planet likes being advised this way) as I lit the candles on her son’s birthday cake and offered her (presumably better) methodology. I was in my 40s at the time and had actually been at the candle-lighting gig for many years, so I probably knew what I was doing. Plus, timing is everything, right? I was in the middle of lighting birthday cake candles. I don’t know about you, but my experience of this activity is that the candle-lighter is concentrating and in a hurry because the kid is waiting for the cake and the people are waiting to sing and some of the candles are melting and burning down too fast and there’s a little wax dripped on the frosting and…really? This is the time for you to tell me you’ve got a better way to do what I’m doing?

Perfectionists rarely intend to be critical. In fact, most of us would say we harbor a fear of being seen as critical. What we are really doing is trying to help, we say. What we think is, if we know a better way of doing things, we are really morally bound to share it with others, aren’t we? (Um, NO.) Perfectionists are generally quite smart, often fairly anxious people. Usually they come from families where intelligence is prized and nothing is ever good enough. That B+ should have been an A. An A should have been an A+. Making the honor roll? Why not at the top of the class? Conversely, or perversely, if we are at the top of the class, then there is a flaw in the system.

When I started graduate school in my late 30s, I was very nervous about grades. I had been a high school dropout, and in college I took only pass-fail after my first semester, because of anxiety about grades. (Never mind that I was a National Merit Scholar when I dropped out of high school. Anxiety is not logical, no matter how badly it wants to convince us that it is.) When I called my father at the end of my first term in grad school to tell him excitedly that I got all As, he said, “Huh, I guess they don’t grade very hard there.”

I was crushed, I was angry, but most of all, I was enlightened. I recognized the cold, hard truth that in fact there was never going to be any way to earn my father’s respect and admiration. He was never going to give it to me, no matter what. And I began (it is a lifelong process of course) to let go of my need to please him. I began to stop basing my well-being on his opinion. Eventually I grew to claim my own opinion as a better gauge of how I was doing.

That’s when the real trouble began. Because everything I knew about how to evaluate myself came from my father. I traded the external dad for the internal one, and this one was truly relentless. My inner perfectionist had really come into her own.