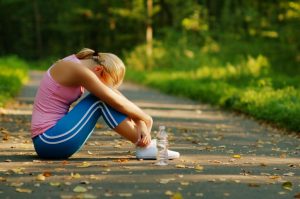 According to the Depression and Bipolar Support Alliance, bipolar affects about 5.7 million adults, or 2.6% of the population. Most people begin experiencing symptoms in their mid-twenties, but many do not receive a diagnosis for several years. People with bipolar go an average of six years between the onset of symptoms and a diagnosis of bipolar, according to a study published in Canadian Journal of Psychiatry.

What Causes Delay in Diagnosis?

The study, a meta-analysis of 27 previous studies, looked at 9,415 participants. Researchers consistently found that people with bipolar experienced disruptive symptoms for years before being diagnosed. The average person with bipolar waited six years for a diagnosis.

A detailed family history and history of symptoms are also considered essential in the diagnosis of bipolar. Gathering this information may be a time-consuming process that some mental health professionals may overlook.

The study’s authors urge mental health professionals to gather detailed information about life history, mood changes, and risk factors from the people they are treating. Providers are also encouraged to ask about drug use, overseas travel, and antidepressant use.

Bipolar, previously known as manic depression, is characterized by cycling between feelings of joy and euphoria (mania) and feelings of depression. Either state may be more pronounced than the other. Some people may experience a mixed state, or both moods at the same time.

These moods can last days or weeks. Changes may be abrupt and unpredictable, especially in those who have rapid-cycling bipolar. This serious form of bipolar may be diagnosed in those who experience at least four episodes in a year.

Without treatment, bipolar often worsens. The right treatment for bipolar depends on a person’s symptoms, and people with bipolar may often try several medications before finding one that works. Therapy can help people with bipolar better manage their moods and understand their diagnosis.