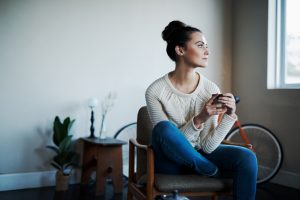 The studies looked at people with mental health conditions who received only pharmacological treatments, only psychotherapy, or a combination of the two. In 182 of the 186 studies, researchers reported on participants who quit treatment before its completion. About a fifth (21.9%) of 17,891 patients prematurely ended treatment. Fifty-seven studies, which looked at a total of 6,693 participants, reported on participants who initially refused all or a portion of treatment. Treatment refusal rates went as high as 58%, with an average refusal rate of 8.2%.

The study emphasizes that research on mental health treatments often focuses only on success rates—not the rate of compliance with treatment. The large number of participants who drop out of treatment before it is completed suggests providers can do more to encourage treatment participation.

The study’s authors say shared decision-making is one important option to consider because this approach prioritizes individual wishes rather than imposing the provider’s preferred method of treatment.

Studies suggest pharmacological remedies may be more accessible than psychotherapy. For example, the Center for Disease Control’s (CDC) 2016 Vital Signs report shows 75% of children with attention-deficit hyperactivity (ADHD) take medication. Only about half of children with Medicaid and 40% with employer-sponsored insurance receive psychotherapy for ADHD, even though the American Academy of Pediatrics recommends behavior therapy as the first line of treatment for ADHD.